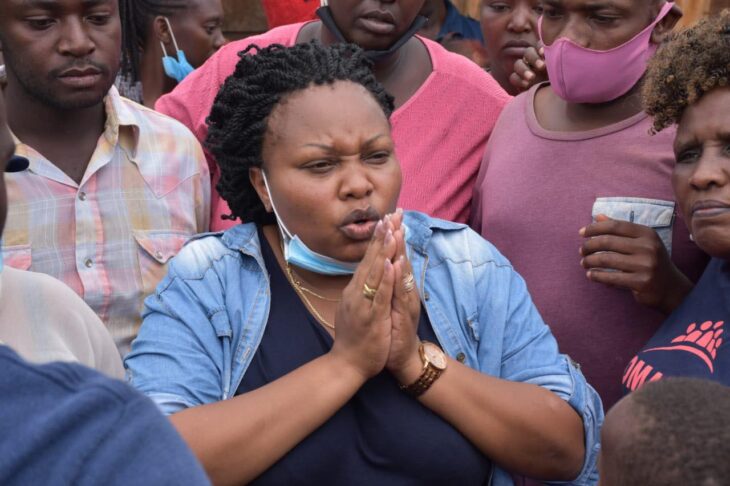 Nominated Senator Millicent Omanga is the most preferred Nairobi Woman Representative according to a poll released by Mizani Africa on October 18. Photo: Millicent Omanga/Facebook

Flamboyant nominated Senator Millicent Omanga has said she made her first KSh 1 million at 19 years of age while at the university.

What’s more, the Tangatanga-allied politician said she bought her first car at around the same age, something very few Kenyans can relate with unless they come from well-to-do families.

Speaking to comedian MC Jesse on his youtube channel Jesse Junction, nominated senator Millicent Omanga said she started by selling bed sheets to fellow students before her big break came, thanks to a generous tender from a local hotel.

“Even those I was with at the University will tell you I was a rich girl. I was not rich because I got money from home but I used my school fee as capital for my business then pay towards the end of the semester before sitting exams.” She said.

She went on to claim that from her personal experience, women do better in business than men. “By around 20 years of age, I bought my first new car, imported from Dubai” she went on.

She would use her school fee as capital to buy bedsheets and other merchandise from Eastleigh shopping center in Nairobi then sell to fellow students.

She also had a pool table which she hired to fellow students to supplement her income.

“I supplied a hotel in Eldoret with bedsheets and got paid KSh 1 million in cash… I am one of the biggest supplier of bedsheets in this country now,” the politician said who also said she has a passion for interior designing.

Millicent Omanga was nominated to the senate in 2017 by the Jubilee party, having unsuccessfully vied in the party’s primaries.

She lost the primaries to Racheal Shebesh, a lose she strongly contested by even going to court,

The party however prevailed upon her to drop the court case in return for a party nomination after the General Election.

“I was prevailed upon by my party leadership and asked to choose a nomination to either National Assembly or Senate. I chose senate,” She said in the interview.

William Ruto allies to be kicked out of parliamentary job