Joho, Oparanya asked not to compete against Raila for ODM presidential ticket 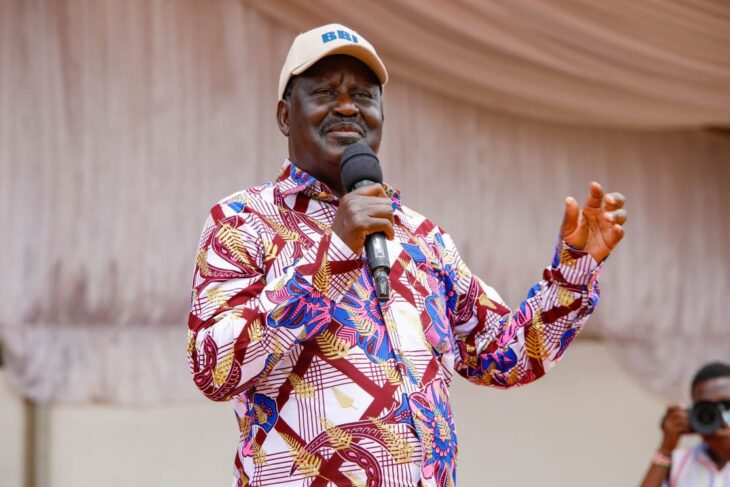 Has a total average of 4.5 Milion followers across all the platforms. Photo: ODM/Twitter.

Two ODM deputy party leaders, Wycliffe Oparanya and Ali Hassan Joho have been warned against their ambitions to run for the presidency in 2022.

ODM Mps told the two governors that the race for presidential flagbearer wil not be a walk in the park for any of them. They should express a bruising battle because the party leader, Raila Odinga will not endorse any of them.

Migori Woman Representative Pamela Odhiambo and Nyatike MP Tom Odege told them that they should shelve their ambitions and back Raila Odinga, who will definitely be in the ballot.

“Our party leader will definitely be on the ballot. Raila has brought meaningful changes to this country. Therefore, the other leaders should shelve their ambitions and support him,” Pamela told the Daily Nation.

Additionally, the Nyatike legislator said that even though Joho and Oparanya have a democratic right to contest, Raila has a better chance because of his political influence.

“The 2022 presidential battle needs leaders with a national outlook. Governor Joho and Oparanya have a democratic space to vie for any space, but the current political tide can only be weathered by Odinga,” Said Tom Odege.

The governors, whose second terms will be coming to an end in 2022 expressed their intention to contest by applying for the party’s presidential ticket.

Joho and Oparanya submitted their application papers before the March, 31 deadline announced by the party.

On the other hand, Odinga has not yet submitted his application papers, hence no official declaration of his interest to contest for the party ticket.

Guided by their big dreams, Joho and Oparanya have embarked on plans to make themselves relevant and more powerful.

The Mombasa Governor is keen on forming a Coastal Kenya party together with his Kilifi counterpart, Amason Kingi.

Oparanya has sought relevance by meeting with other 2022 presidential hopefuls such as DP Ruto and Wiper’s Kalonzo Musyoka.

His meeting with Ruto sparked suspicion of a looming alliance between Ruto and Odinga. But both parties denied any coalition talks saying that Oparanya is only keen on his own political future.