Mother and daughter to face-off in Kiambaa party nominations 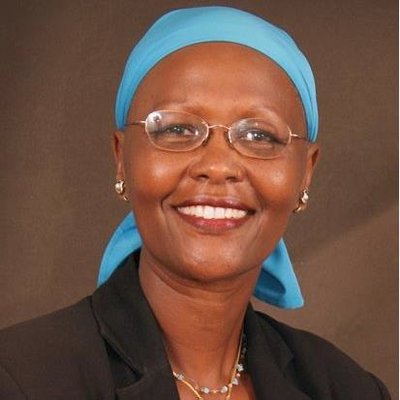 Ms. June Koinange said that her decision to vie came from her children, family and Kiambaa residents. Photo: Courtesy/Star.

On April 25, the widow of the fallen MP declared that she will be contesting the seat on a Jubilee Party ticket.

June Koinange said that her decision to vie came from her children, family and Kiambaa residents.

“There have been many discussions in Kiambaa that have brought together voters as well as thought and opinion leaders. The people have agreed that they need a strong personality to complete projects initiated by the late Hon Paul Koinange,’’ said Koinange.

According to the contestant, she is not only the right candidate for Kiambaa residents, but also the best person to defend President Uhuru’s agenda both in the Mt Kenya region and nationally.

“Kiambaa voters need a personality who can defend President Kenyatta’s agenda at the national level. The people have identified me,’’ she said.

The widow also noted that her husband was on the forefront in promoting the BBI and this she would also embark on if given the opportunity.

She vowed to conduct door to door campaigns in Kiambaa, in accordance with the COVID-19 protocols set by the ministry of health.

Her announcement comes just a few days after Paul Koinange’s daughter, Lenah Koinange had been picked by the family to contest her father’s parliamentary position.

On April 21, the family spokesperson, Leonard Karuga said that 10 members were interested on the post but they had discussed and agreed on endorsing Lenah.

“It was a tough decision but we all agreed to support Lenah who is Koinange’s last born,” Karuga said.

He said that the family was at crossroads on whom to forward for Jubilee nominations, but out of democracy, Lenah was chosen.

A section of elders also endorsed her to take over her father who succumbed to COVID-19 complications on March 21.