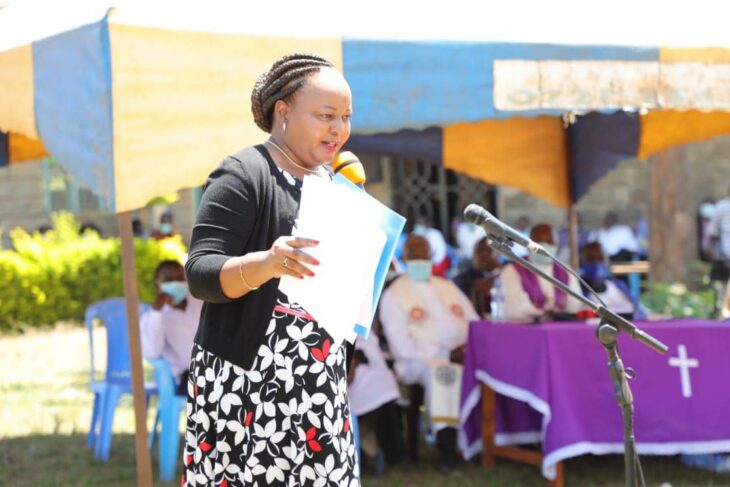 Kirinyaga governor Anne Waiguru is confident that she can be the president or deputy President of Kenya. Photo: Waiguru/Facebook.

The 2022 gubernatorial race in Kirinyaga County has begun to gain momentum with the incumbent deputy, Peter Ndambiri revealed his intention to unseat the governor.

While announcing his intentions, Ndambiri said that there are parts of Kirinyaga County that have been neglected in terms of development and if elected governor, she will focus on those areas.

Waiguru’s deputy said that Murinduko ward, which is his rural home is one of the neglected areas that he would want to focus on.

“Some of the development projects in this ward have stagnated for years despite being allocated funds. The money allocated to them is channeled elsewhere,” said Ndambiri.

The deputy governor said he will soon launch his official bid and reveal the party that he will use to secure the seat in 2022.

Ndambiri intends to contest against his boss, Anne Waiguru, who has announced intentions to vie for a second term.

Even though political murmurs have indicated that Waiguru would be going to a higher level by presenting herself as a presidential running mate, she downplayed the claims.

“For now I’m in the race to defend the gubernatorial seat. I’m confident Kirinyaga residents will renew my work contract for the next five years because I’m anchoring my campaigns to the work I have achieved for them,” Said Waiguru.

In their first term in office, the duo has been faced by challenges threatening their positions.
At first, Waiguru’s opponent Martha Karua moved to court to contest the election results. After a number of hearings, the corridors of justice ruled that Waiguru won the elections.

The second storm was an impeachment motion tabled against Anne Waiguru. After successful impeachment by the County Assembly, she was saved by the Senate, which ruled against the decision of the MCAs.