Win for Raila-Uhuru as BBI sails through Parliament 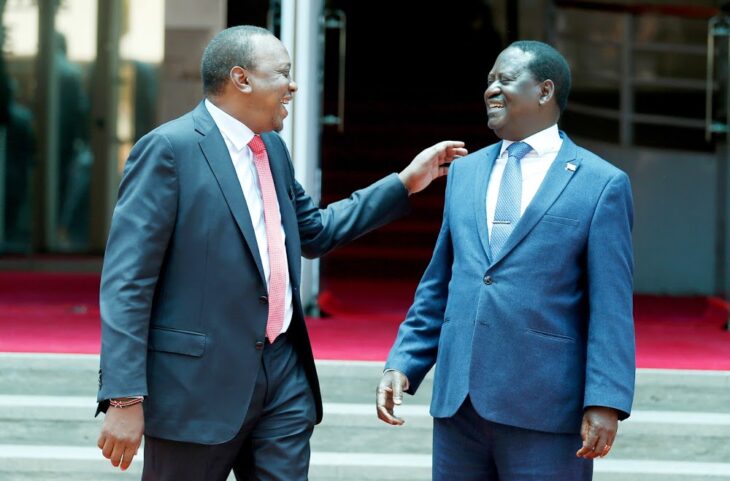 This comes barely a day after Uhuru and Raila jointly requested their members to pass the faulty BBI document in its entirety. Photo: Courtesy/PSCU.

President Uhuru Kenyatta and Opposition counterpart Raila Odinga have breathed a sigh of relief after the National Assembly unanimously voted for the BBI bill.

This comes barely a day after Uhuru and Raila jointly requested their members to pass the faulty BBI document in its entirety.

At least 320 legislators participated in the voting process at the second stage where 235 voted for the bill, 83 against the bill whereas two abstained from voting.

During the voting process in the third reading the ayes were 224, Nays 63 whereas two refrained.

“The net effect is that the eyes have it. I therefore direct that the bill be read third time,” Speaker Justine Muturi said.

Before the house proceeded to vote on Thursdays, May 6, Speaker Justine Muturi sought to convince the lawmakers on why the amendment bill popularly known as the BBI should either be adopted or rejected.

He further ordered a physical count to not only establish the number of MPs during the debate but also to ensure order in the house since there were fears that the anti-BBI would gang up and frustrate the process.

Constitutionally, only 175 Members of Parliament were needed for the bill to proceed to the next stage.

The eyes will now be trained on the Senate which is expected to vote on the bill next week.

However, the pro-BBI team will have to wait for the High court to conclude a case filed challenging the BBI process.

Kivumbi.co.ke understands that a five-judge bench had warned Chebukati’s Independent Electoral and Boundaries Commission (IEBC) against preparing for a referendum before the matter is dispensed of.