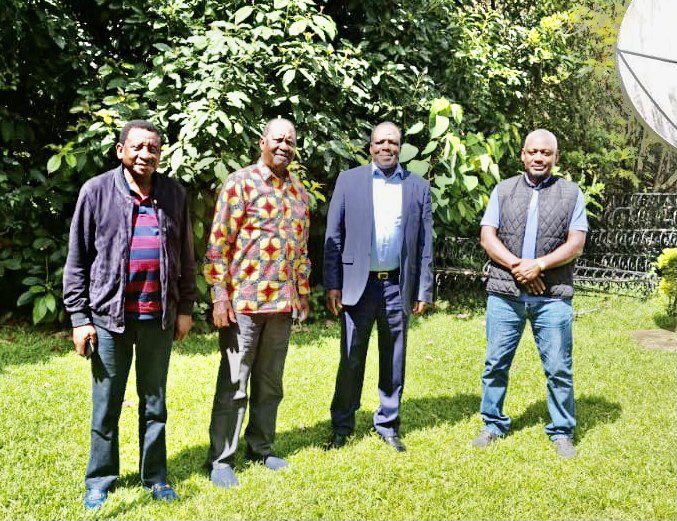 The Orange party had last week kicked out the legislator from the Justice and Legal Affair Committee and replaced him with his Ruaraka counterpart Tom Kajwang. Photo: Otiende Amollo/Twitter.

The Orange party had last week kicked out the legislator from the Justice and Legal Affair Committee and replaced him with his Ruaraka counterpart Tom Kajwang.

However, ODM party Secretary General Edwin Sifuna on Wednesday, May 12, reinstated the lawyer as the vice-chair of the JLAC.

Speaking to KTN News, Sifuna said the earlier decision taken by the leadership of the House was to be able to ensure that the interests of the party in the passage of the Building Bridges Initiative (BBI) bill were protected.

“Afterward, there was a discussion in the leadership of the party that it might have been necessary to oust Amollo at that particular time, but wisdom has prevailed now,” he said.

Amollo’s reinstatement comes barely days after the legislator together with Siaya Senator James Orengo and Kakamega governor Wycliffe Oparanya held a consultative meeting with Raila Odinga at his Karen residence.

The trio who had been accused of sabotaging Raila Odinga met their party boss a few hours after meeting COTU Secretary General Francis Atwoli.

Otiende and Orengo had been accused of betrayal to Raila after they made public their stand on BBI while Oparanya was found guilty of going against the party after announcing his intentions to vie for the presidency.

It is understood that the two lawyers were pushing for the reopening of the erroneous BBI document for corrections while the party maintained that the faulty document be passed in its entirety.