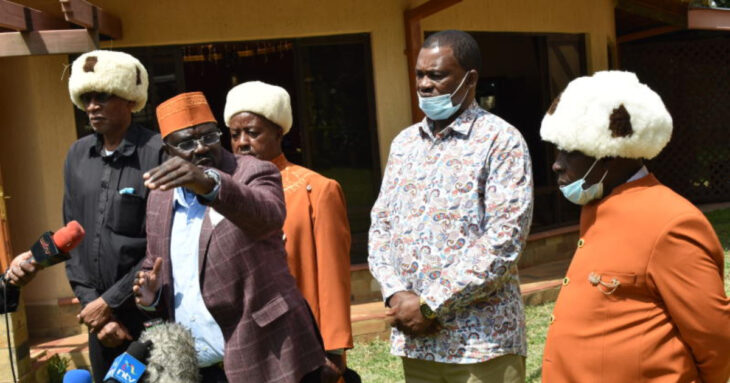 The National Assembly speaker Justine Muturi has for the first time spoken ahead of the much-anticipated ritual that is expected to enthrone him as the Mt. Kenya spokesperson. Photo: Standard.

Justin Muturi has for the first time spoken ahead of the much-anticipated ritual that is expected to enthrone him as the Mt Kenya spokesperson.

Muturi who has been in isolation for the last couple of days re-emerged on Friday, May 21, where he assured the Mt. Kenya region that he is ready to take the mantle and succeed retiring President Uhuru Kenyatta.

“It has been a great moment I must say for self reflection and also to consider the issues that affect our region,” Muturi said.

Speaking to journalists, Muturi said he knew the task before him was not easy but stressed that what he had been through for the past few days was proof enough that he would be able to.

He said he will reach out to other leaders and elders to ensure the region which has been divided over 2022 succession politics is reunited.

“I know there will be all sheds of opinions in the idea but I will try to persuade and reach out to all through consultations and discussions,” he said.

Muturi was barred from feasting on delicious meals including grilled meat and could not also interact with ladies for the period he has been away from limelight.

These, the elders said was meant to prepare Muturi for the difficult task he would go through in the future and help him overcome all temptations.

“We believe that he will fulfill his responsibilities accordingly,

In a few days, he has been able to prove to us that he can and we have faith in him,” the elders said.

Muturi’s absence from the public raised concerns from across the country until a Member of Parliament asked the National Assembly Deputy Speaker to keep the country updated on his whereabouts.

Muturi is on Saturday, May 22, expected to be ordained in an elaborate ceremony targeted to bring more than 6,000 elders from the nine clans of the greater Gema.

His installation as the official spokesperson of the GEMA community has since raised sharp reactions from leaders within the region with others like Muranga governor vowing to block the ceremony. 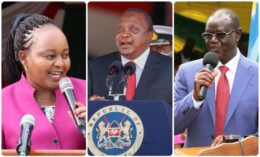 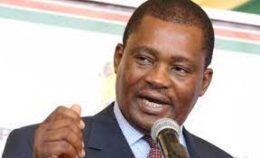