Governor on spot for an illicit affair with brother’s wife

A popular county boss from the Western region is on spot for allegedly sleeping with his brother’s wife.

This was revealed after the wife to the governor’s brother admitted to have been secretly giving her honey pot to the county chief in exchange for goodies including cash.

This, according to sources, has birthed wrangles between the county chief and his brother who has since threatened to kill him should they meet.

Kivumbi.co.ke gossip, was informed that efforts by clan elders to hold a peace meeting between the governor and his brother were fruitless. No deal was brokered.

The county boss is now worried and has assigned himself tight security to guard him against his angry brother. 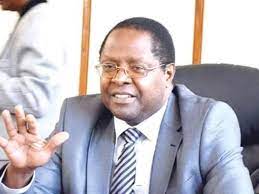