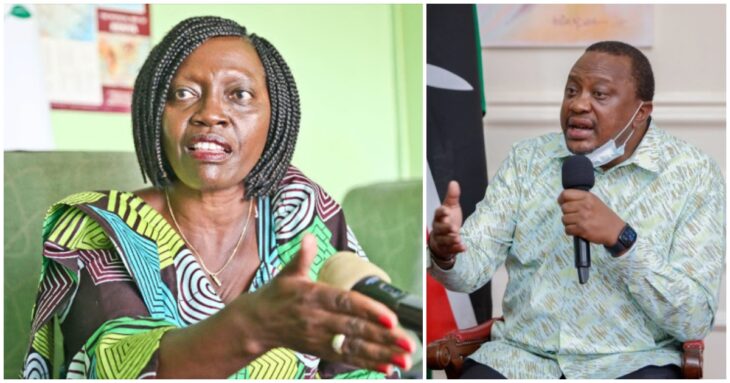 Speaking to Citizen tv on Tuesday, May 25, the former presidential candidate said Uhuru, a symbol of national unity, should lead by example by striking a working relationship with his estranged deputy.

“This is completely unconstitutional. The president has joined a bandwagon …It is a bad example. They can both resign and pave way for by-election because they were elected as unit hence must work as a unit,’’ Karua said.

According to the iron lady, Uhuru cannot purport to unite the nation when he does not have a good working relationship with his deputy.

She added that if Uhuru’s move to lock out his deputy from government duties has set a very bad example where a president can just disregard the constitution and nothing happens.

“One wonders then who would want to be a deputy president in such circumstance in years to come,” she went on.

In a televised interview on Thursday, April 15, William Ruto admitted his relationship with his boss had deteriorated after Raila Odinga buried the hatched with president Uhuru.

While regretting what he termed as unfortunate controversies, the presidential hopeful said he would not wish other deputy presidents to be humiliated the way he has been humiliated under the Jubilee government.

“Given the opportunity to be President, I would not allow my deputy to be humiliated the way I have been humiliated,” the former Eldoret North MP said.

Kivumbi.co.ke understands that Uhuru and Ruto have not met for over three months now.

It is reported that the two last met face-to-face at a Cabinet session in State House, Nairobi, on February 25, a move that is pointing to their deteriorating relationship