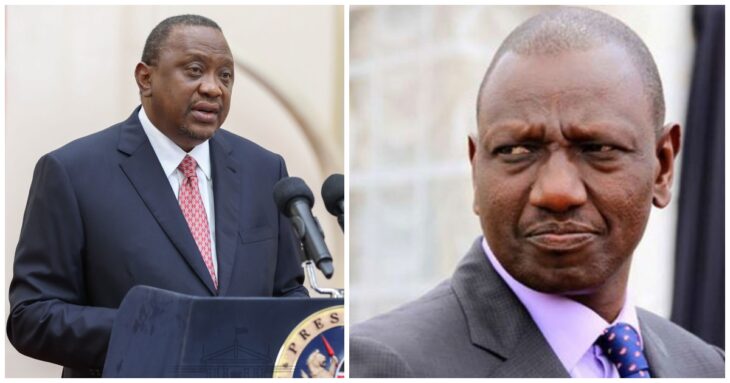 Jubilee Party is committed to drop Ruto and cut any associations with him.

Uhuru Kenyatta’s snubbing of calls by William Ruto for reconciliation at the National Prayer Service on Thursday, May 27, points to a deeper political difference between the two former great political buddies.

The Head of State spoke last after Ruto at the event and steered clear of Ruto’s speech where the Deputy President had extended an olive branch to Uhuru and the pro-BBI brigade which includes Raila Odinga.

Ruto who met Uhuru for the first time in nearly three months during a National Prayer Breakfast event held at the Parliament building requested Uhuru and Raila to join him for a dialogue to cool current political temperatures in the country.

He said there was need for them to have a chat on the way forward regarding pertinent issues including the bid to amend the 2010 Constitution, the COVID-19 Pandemic among others.

“So much has happened but as things stand today, the Tanga Tanga tours are not there and the BBI reggae has stopped. I think we need to listen to our religious leaders. Maybe God is telling us to come, let us reason together,” Ruto said.

However, Uhuru in his five-minute speech did not give his side of view regarding the calls by his deputy.

Instead, the Head of the State dwelt so much on the National Assembly where he urged lawmakers to expeditiously pass enabling laws that would allow Kenyans have access to a universal healthcare.

“Health insurance is the basis of us being able to offer universal healthcare. Please expedite the passage of these bits of legislation that would allow us to ensure that our people are properly catered for not just in times of pandemic but always,” president Uhuru said.

The relationship between Uhuru Kenyatta and William Ruto started deteriorating in March 2018, when Uhuru welcomed Raila in government through the famous handshake.

Ruto in a televised interview last month admitted to have been elbowed out of power and his roles taken by intruders.