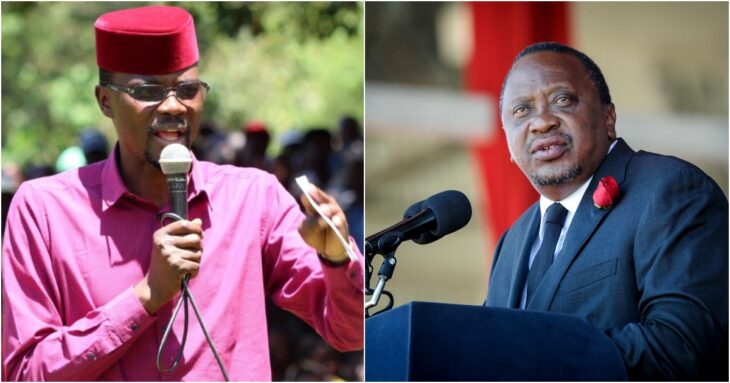 Kimilili Member of Parliament Didmus Barasa has accused President Uhuru Kenyatta of threatening the appellate court judges ahead of the BBI bill appeal.

This comes just hours after the President, who is on a three-day state visit to the Nyanza region, was quoted saying that Siaya Senator James Orengo’s prowess in legal matters will guarantee the pro-BBI bill team victory.

In an interview with citizen television on Monday, May 31, Barasa, a staunch follower of William Ruto criticized the President’s approach to comparing senior judges to the Siaya senator.

“All cases that are taken to court, regardless of one who wins or losses, are meant to develop the law, and the Head of State, being the head of one of the arms of the government, should be able to be impartial,” Barasa said.

Some two weeks ago, a five bench judges of the High Court in a landmark ruling declared the whole BBI process as null and void, a move that seemed to stop the reggae rhythm.

Despite the decision, Uhuru and Raila have assured their supporters that the BBI bill process will continue soon and that Kenyans should prepare for the planned referendum as the High Court Judgement is appealed.

“We cannot be defeated to challenge the High Court ruling on BBI when we have seasoned lawyers like James Orengo,” President Uhuru Kenyatta said.