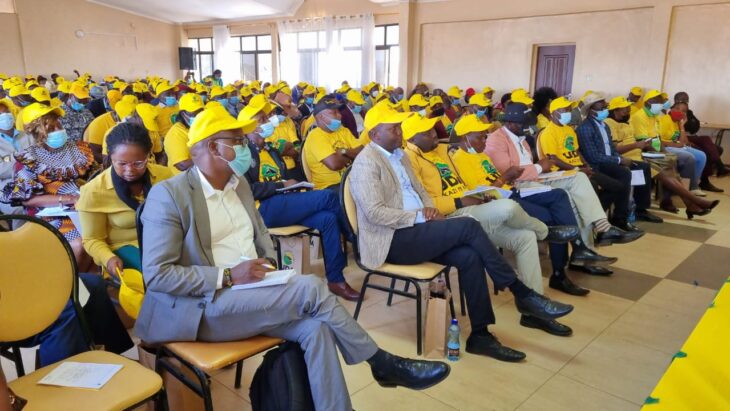 Deputy President William Ruto’s party has begun a series of meetings to popularize the party ahead of the 2022 General Election.

Over the weekend, United Democratic Alliance Secretary General Veronica Maina met hundreds of aspirants from the southern Rift Valley region at a hotel in Nakuru.

Speaking after the meeting, Maina said other than making the party popular, the meetings would include, among other things, outlining the party’s candidates in next year’s General Election, the party’s goals, manifesto, and constitution.

“We discussed, among other things, the definition of party decision-making, appointment, resolution of disputes and party principles,” Maina said.

The conference also brought in candidates and leaders from Nakuru, Baringo, Bomet, Nyandarua and Narok counties.

She said the party would hold five rallies similar to the one held in Nakuru across the country before the end of the year.

This is despite the government plans opposing political rallies in renewed efforts to fight the COVID-19 Pandemic.

According to Maina, the meetings will be held in accordance with regulations set by the Ministry of Health to combat COVID-19.

The Deputy President in a televised interview with one of the national TV stations recently assured his supporters that he will be on the ballot during the 2022 in the presidential race.

He said if the Jubilee ruling party will not support him in his bid to succeed the retiring president Uhuru Kenyatta next year, then he would vie on a UDA party ticket.

UDA formerly the Party of Development and Reforms was founded by Jubilee Secretary General Raphael Tuju.

In April 2021, Jubilee announced plans to cut its pre-election ties with UDA saying the relationship had become untenable.

This was after the UDA fielded candidates against Jubilee in some of the by-elections including that of Matungu parliamentary by-election.