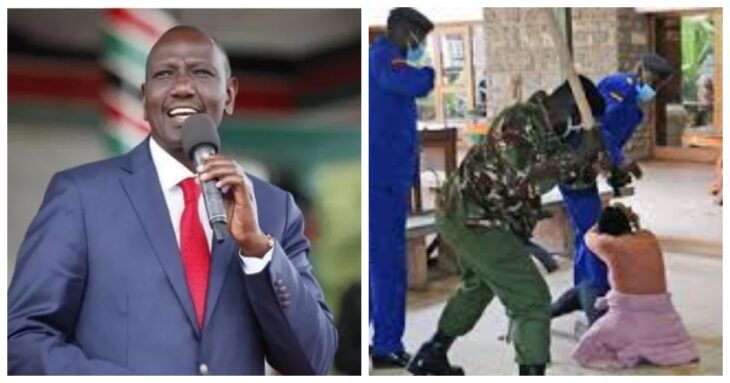 UDA party has strongly condemned police brutally against its party members after the men in blue uniform stormed a meeting convened by the party at a Meru Hotel.

In a statement to newsrooms on Monday, May 31, party Secretary-General Veronica Maina said police officers invaded a meeting bringing together aspirants from eight counties convened by the party and lobed teargas as well as live bullets.

“The unwarranted illegal action by the police in Meru to disrupt a peaceful meeting organized by United Democratic Alliance is yet another reminder that the law enforcement agency has yet to fully embrace democratic processes,

“Today’s action is part of a continuing trend by the police to harass UDA and its supporters as witnessed recently during the by-elections in Bonchari and Rurii ward, Nyandarua. We strongly condemn the unlawful disruption of a regular UDA meeting,” she said.

According to clips doing rounds on social media platforms, it all began when a police officer asked the aspirants to follow the ministry of health protocols aimed at containing the spread of COVID-19.

Police officers have since dismissed claims they stormed the meeting for political reasons but instead said the meeting was not following laid down protocals.

According to area police boss, the aspirants were not following the laid down COVID-19 containment measures.

UDA team was further accused of not having been issued with a permit to hold a political meeting.

The government recently burned all political gatherings in renewed efforts to combat the spread of the Coronavirus.

Today’s meeting was part of meetings held by the party with the previous one having been held at Nairobi, Vihiga, Eldoret and Nakuru which were concluded peacefully.