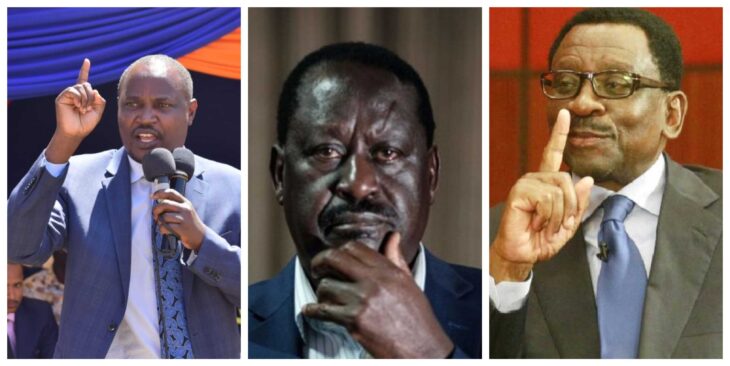 This has caused major division in the ODM party once more, as its chairman John Mbadi protested the move by the section of MPs.

There is a fresh tussle in Raila Odinga’s party as members disagree on how to salvage the BBI bill.

The MPs want to make amendments to a number of clauses on the BBI bill considering it might take long for pro-BBi team to appeal the case which declared the entire BBi process illegal, null and void.

Some of the provisions that the Mps want to change include; the office of the Prime minister, gender representation, security laws, allocation of more founds to counties and formation of new constituencies.

Led by Siaya Senator James Orengo, the legislators from both sides of the political divide are looking at some of the proposals on BBI that can be passed through parliament instead of waitring for the court of appeal to give them the way forward.

The joint parliamentary committee argued that there is a  risk of losing the entire bill should the High Court ruling be upheld.

This IPPG Committee is made up of;

This has caused major division in the ODM party once more, as its chairman John Mbadi protested the move by the section of MPs.

According to Mbadi, the ODM party has not agreed to use parliament to pass the BBI, but instead wait for a go ahead from the courts.

Mbadi is confident that the court of appeal will rule in favour of the pro-BBI team.

This is the second time Raila Odinga’s party is at crossroads over the BBI report.

Before its subsequent endorsement in the National Assembly and the Senate last month, ODM members wanted corrections made to the bill before passing it.

Led by Senator James Orengo and Rarieda MP Otiende Amollo, the group was opposed to the formation of 70 more constituencies as stipulated in the BBI.