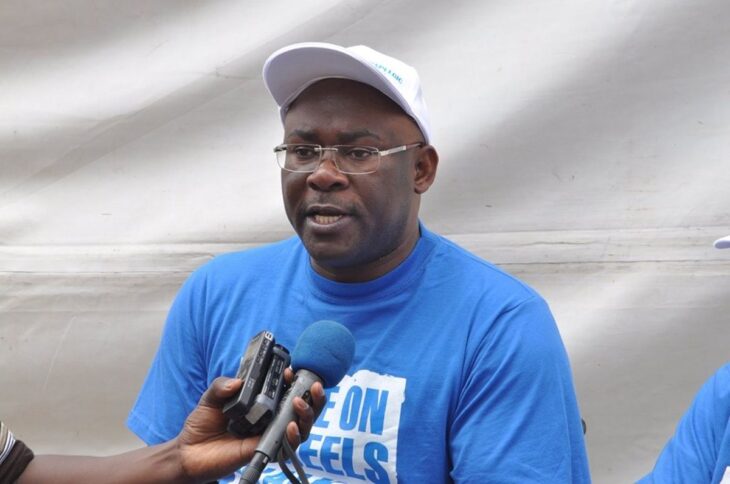 Westlands MP Tim Wanyonyi has shelved his ambitions to run for the Nairobi gubernatorial seat in 2022.

One of his social media fans asked Wanyonyi if he will be contesting the top seat to which he responded,
“No, I am m not going for the (Nairobi)gubernatorial seat.”

The ODM MP also addressed the issue of other candidates expressing interest to unseat him.

“I’m not concerned with others vying for the seat – it is their democratic right to vie for any seat including this one,

” I am still a member of parliament for Westlands and when elections are called, I will let you all know what I am vying for. But for now, I am focused on my current role” he said.

This is a change of tune for the legislator who had declared interest in contesting for governorship.

A year ago, the legislators said that he would contest the gubernatorial post during one of BBI sensitization campaigns.

In the event, Sirisia MP John waluke asked Wanyonyi to contest for Bungoma governorship, but he said he has bigger ambitions.

Back in Westlands,the notable persons who have expressed interest in suceeding Wanyonyi are LSK President Nelson Havi and blogger Xtian Dela.

Havi is expected to contest the seat on a UDA ticket, given the endorsements he has received from the party.

Last month, the lawyer was accompanied by UDA’s Bishop Margaret Wanjiru when they visited the area to interact with residents.

“I have accepted the request of the people of Westlands Constituency to serve them and the nation in that capacity of an MP effective August 2022 or earlier in the event Parliament is dissolved,” Havi wrote on his Twitter page.

Blogger Xtian Dela has not announced his political affiliation, but is dependent on crowd funding to sponsor his campaigns.

He said his number one Manifesto will be to fight for the rights of LGBT community in Kenya.