Political parties scramble for numbers ahead of 2022 General Election 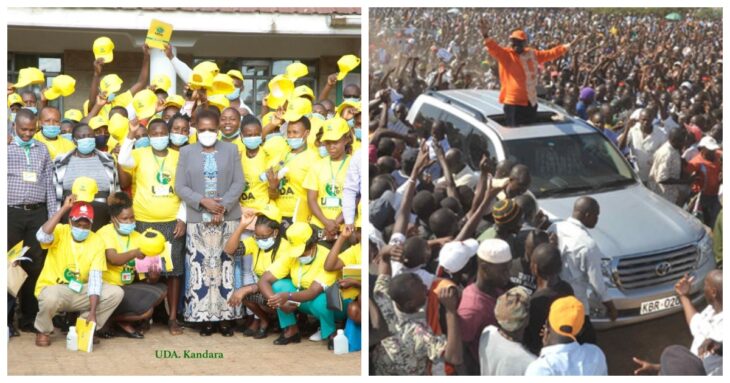 Political parties in Kenya have embarked on massive member registration drive as they scramble for numbers ahead of the much-anticipated 2022 General Election.

Political parties in Kenya have embarked on a massive member registration drive as they scramble for numbers ahead of the much-anticipated 2022 General Election.

Registrar of political parties Ann Nderitu yesterday said there are 73 fully registered political parties whereas 25 others have sought provisional registration while another 50 have filed applications to reserve their names.

She said more than 8.7 million Kenyans have joined various political parties since after the 2013 General election.

“While political parties had 7.6 million registered members prior to the 2013 General Election, the number has shot up to 16.3 million signaling heightened interest in party affairs by the public,” she said.

It is due to this hike in numbers that political parties are jostling to have a lion share of the number, a move that is expected to play a major factor in the 2022 General Election.

Despite losing more than 250,000 members, the ruling party Jubilee claims to be the most popular political party with more than 8 million registered members.

“We are still the largest party in the country. At 8.25 million, we have just lost 250,000 members only and plans are underway to set up offices in more than 25 counties and recruit new members from each ward across the country,” Jubilee Party Secretary General Raphael Tuju said as quoted by the Daily Nation.

Analysts link the 250,000 loss by the Uhuru-led party to the current fallout within Jubilee fallout Deputy President William Ruto appearing to lead another party , UDA, from the background.

Despite boasting of more than 4.5 million members, Raila Odinga’s ODM party said it has embarked on a drive to push the figures even much higher.

“Authoritatively, 2.4 million ordinary members and life members who have been fully verified by the Registrar of Political Parties,” said Rosemary Kariuki, party Director of Recruitment.

While the registrar of political parties failed to break down how the political parties have shared the 16.8 million members, it is believed that UDA has in the last 90 days raked in what ODM has recorded in a decade and a quarter of what Jubilee achieved in more than five years.

This outfit claimed it has registered more than 2 million members in the last three months, pointing out how fast the party is solidifying its support base ahead of the 2022 General Election.

KANU, Ford Kenya, ANC, and Wiper have embarked on an online registration drive to push their numbers high due to the COVID-19 pandemic.