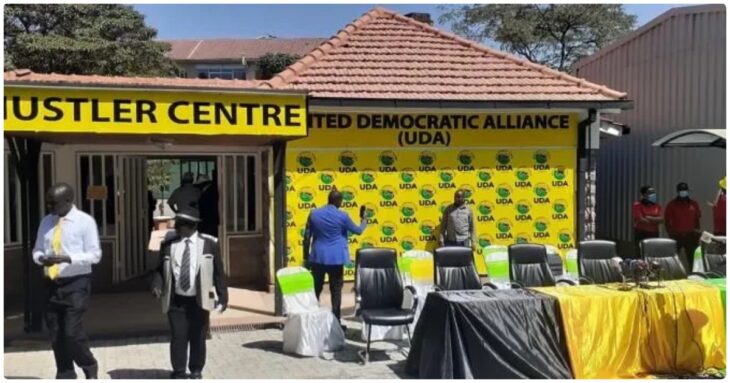 As part of the strategy to widen his networks and woo diaspora voters, UDA, a party associated with Kenya’s Deputy President William Ruto has announced plans to open an office in the United States of America.

In his latest media interview, Ruto’s close ally and Murang’a Senator Irungu Kang’ata who is already in the US for the event said the new office is expected to be up and running starting Friday, June 18.

According to Kang’ata the office will coordinate party activities including registration of diaspora members as well as to mobilize resources for Ruto’s presidential campaigns ahead of the 2022 General Election.

“He (Ruto) is in Kenya but he will virtually attend the opening of a UDA office on Friday,” Kang’ata, told the Star Newspaper.

This, comes barely a month after DP Ruto held a six-hour virtual meeting with a section of Kenyans living in the US, the Middle East, South Africa, and Australia as the scramble for diaspora votes gains momentum.

Kivumbi.co.ke is aware that during the conference, Ruto -who earlier suggested he will use UDA party in the event Jubilee denies him the chance to fly the party’s presidential ticket- promised to form a fully-fledged ministry to handle diaspora issues.

“It is time we had a fully dedicated ministry for diaspora just like the way we have a ministry for devolution. The ministry will be addressing all the challenges facing Kenyans in every part of the world,” Ruto said.

UDA party last week complained that there was a scheme by state organs to confine Ruto’s presidential campaign to his Rift Valley backyard.

The party through its chairman Johnston Muthama said the recent intimidation of party meetings outside Rift Valley clearly showed that the Jubilee government did not want the outfit to carry out its campaigns in other parts of the country.

“Politicians seen to be leaning towards the government are given a free hand to hold rallies, no social distance, and no masks. But those allied to the DP meet in town halls with their aspirants, the government wakes up and realizes that COVID-19 is still there,” Muthama lamented.