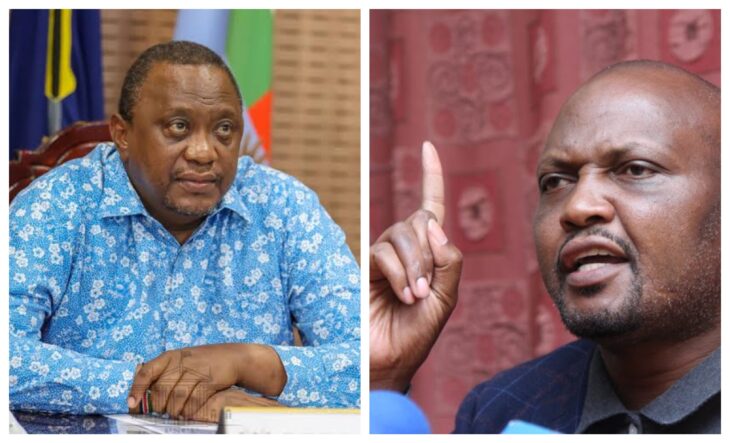 Gatundu South MP Moses Kuria has accused President Uhuru of being at the frontline in causing tribal divisions in the country.

Speaking during a press conference in Nairobi a few days after Uhuru met leaders from Ukambani, Moses Kuria said that Uhuru has been perpetrating the act through holding meetings with different tribes at State House.

“He keeps meeting MPs and other leaders on a tribal basis, yesterday it was Kambas, the other day Luos, another day coastal community. The biggest threat to national unity in Kenya is Uhuru Muigai Kenyatta. The propagator of tribal politics in this country is Uhuru Muiga Kenyatta,” he said.

According to Moses Kuria, Uhuru has met other communities but not his very own, from central Kenya.

Additionally, the Gatundu south legislator challenged President Uhuru to join the opposition if he wants to show support for politicians from the inactive National Super Alliance (NASA).

“I would like to tell the President It is your right to endorse anyone whom you will support in the General Election next year. No one has a problem with that. It is not surprising because, in 2007, Uhuru left the office of the opposition to join the government. Right now, he has left government officials to join the opposition,” he dared the Head of State.

Kuria’s address comes after a protest by DP Ruto over Uhuru’s decision to endorse NASA leaders as his preferred successors.

On Tuesday Morning, Ruto took to his twitter page to laugh off Uhuru’s endorsement. He questioned why Uhuru chose to support a team which did not even vote for him in the previous General Election.

The bone of contention is a meeting between Uhuru and Ukambani leaders held at State House on Monday, June 14.

In the meeting, Uhuru urged members of the NASA coalition- Raila Odinga, Musalia Mudavadi, Kalonzo Musyoka, and Moses Wetangula- to unite and front one candidate for the presidency.

He promised to support their choice.