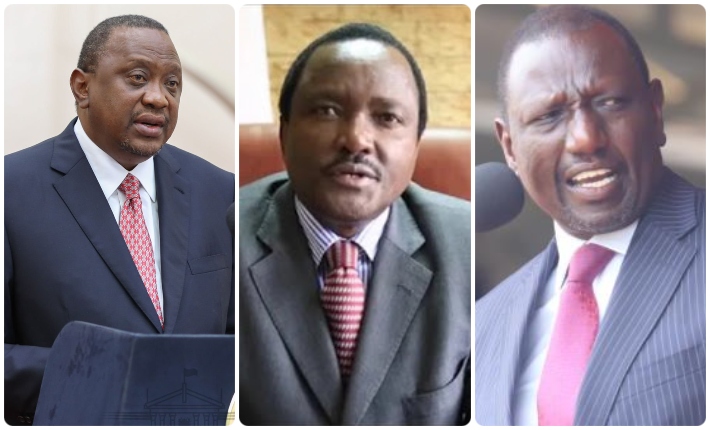 According to Wiper Party leader Kalonzo Musyoka, Ruto is aware that Uhuru has no legal capacity to fire him despite their continued fights due to the fact that the two are pulling in different directions.

It has been clear to any observer within and without Kenya that deputy President and his boss President Uhuru Kenyatta have not been on the best of terms since the famous March 2018 Handshake.

The political rift between two former political lovebirds has sparked sharp reactions with a section of leaders calling for Ruto’s resignation if dissatisfied with working with Uhuru so as to preserve his dignity.

According to Wiper Party leader Kalonzo Musyoka, Ruto is very well aware Uhuru has no legal basis to fire him despite their visible and continued cold wars.

“I can not understand how…. And this can only happen in Kenya where a deputy president is effectively wrestling his boss because he knows the constitution protects him,” Kalonzo said.

In an exclusive interview with NTV, Kalonzo who said he will not endorse Raila for the third time in the 2022 General Election, urged Ruto to resign adding that such resignation at this time will earn him a political milage.

“But if William Ruto wants to be a true democrat… the most honorable thing he can do is to resign… in fact, that will earn him a terrific milage … and Kenyans will remember him for that,” he added.

In his latest media interview, Ruto affirmed to have fallen out with his boss, a move that prompted him and his supporters to technically quit the ruling outfit and switch allegiance to another political vehicle (United Democratic Party) ahead of the 2022 General Election.

DP Ruto who met with President Uhuru Kenyatta during the National Prayer Breakfast unsuccessfuly extended an olive branch to the Head of State in an effort to calm the heightened political temperatures in the country.