City politician, Margaret Wanjiru narrates her rise from a toilet cleaner as she makes case for UDA party 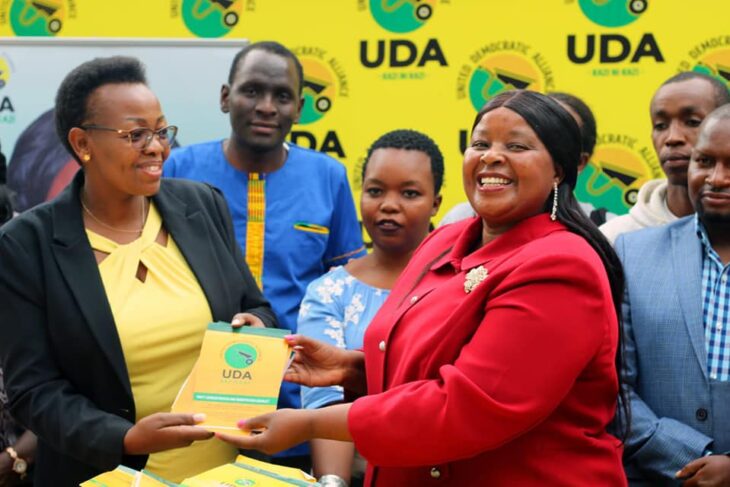 Former Starehe Member of Parliament Bishop Margaret Wanjiru has shared her humble beginning from being a toilet cleaner to becoming a big player in Kenya’s politics. Photo: Margaret Wanjiru/Facebook.

Former Starehe Member of Parliament Bishop Margaret Wanjiru has shared her humble beginning from being a toilet cleaner to becoming a big player in Kenya’s politics.

Wanjiru who has expressed her desire to be the first woman to be elected governor of Nairobi County took to her Facebook page to reveal that she once worked as a hawker and a toilet cleaner.

“My experience from a hawker to a house-help, to a toilet cleaner, a pastor, a business lady, a national Leader and a Bishop (proves anything is possible,)” Wanjiru said.

Wanjiru is a member of United Democratic Alliance, a party associated with deputy president William Ruto.

The party’s central idea revolves around empowering the common man through the bottom-up economic model as opposed to the trickle-down economic model which has been said to only benefit the rich at the expense of the poor.

She rose to become a pastor before finally opening her Church, Jesus is Alive Ministries where she was the bishop.

She entered politics as a nominated MP under the coalition government of Raila Odinga and retired President Mwai Kibaki.

She rose further to be appointed assistant minister for housing development at the time when she was in Raila Odinga’s Orange Democratice Movement (ODM) party.

The Jesus is Alive Ministries Bishop was speaking after handing over Nairobi County Phase 1 Booklets to UDA Party Secretary-General Veronica Maina, used for registration of new members in Nairobi.

In what appeared like encouragement to presidential hopeful William Ruto, who has set his eyes on the presidency, Wanjiru said she was optimistic that the deputy president will be announced the fifth president-elect of the Republic of Kenya.

“I know that it is possible for anybody to arise from ashes to beauty through GOD’s grace and UDA Party has a vision to economically transform lives through financial empowerment,” Wanjiru said.

Kivumbi.co.ke understands that this comes barely a day after police over the weekend barred a UDA membership launch drive that Bishop Wanjiru had planned for the party in Nairobi.

Wanjiru however said, despite the ploy by the government to block the UDA party sensitization exercise outside Ruto’s Rift Valley region, the recently revamped outfit has managed to register over 2 million members in 30 days.

“We are glad to announce that over 2 million people have registered to join the United Democratic Alliance Party – UDA in the last one month because they believe in the Hustler Narrative of the Bottom-Up Approach,” she said.