Jubilee party, ODM eye one presidential candidate in 2022, who could it be? 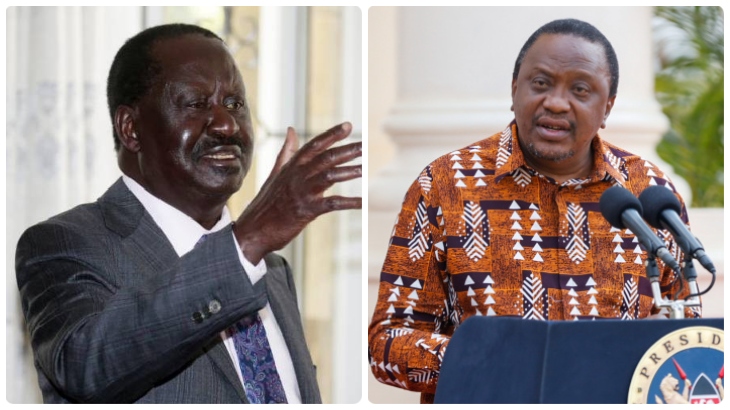 ODM and Jubilee Parties have initiated coalition talks aimed at presenting one candidate for the 2022 Presidential race but it remains to be seen who it could be.

In their apparent bid to unite Kenyans, the two parties hope that the coalition will change the 2022 political game plan whose main challenger appears to be William Ruto .

“We want to be more accommodative and ensure that we bring all Kenyans together. We are ready to listen to those who may disagree with us. We want everybody on board because we are not in the domain of disrespecting others,” said  Jubilee Secretary General Raphael Tuju.

The news of the merger has sparked fierce debate in the political scenes especially from Deputy President William Ruto’s side.

Ruto has laughed off the merger, saying that Jubilee plotted his removal in order to make space for ODM.

Ruto termed the Jubilee-ODM alliance as a tribal which will not negatively impact his quest to occupy the house on the hill next year.

Speaking to the People Daily newspaper, ODM Chairman John Mbadi claimed Ruto is just bitter after being left out of the coalition talks.

“Ruto formed an alliance with Uhuru in 2013 to the exclusion of others. We humbled ourselves. It was not tribal then. How does the same Uhuru working with Raila become tribal?,

“Ruto behaves as if Kenyans owe him some birthright that if he does not become the President of this country… he scandalises, abuses, trashes anything that is not going his way,” said John Mbadi.

Other than DP Ruto, Wiper Party Leader Kalonzo Musyoka has also been bothered by the coalition between ODM and Jubilee.

Kalonzo, who sensed foul play from Raila Odinga, came out to warn that he will not support him again.

According to Kalonzo, he would rather retire from politics than be Raila’s running mate for the fourth time.

These sentiments resulted in a verbal confrontation between Kalonzo and Raila. The ODM leader termed Kalonzo’s statement as cowardice, saying he was ‘barking’ yet Raila has not declared his intention to contest for presidency in 2022.