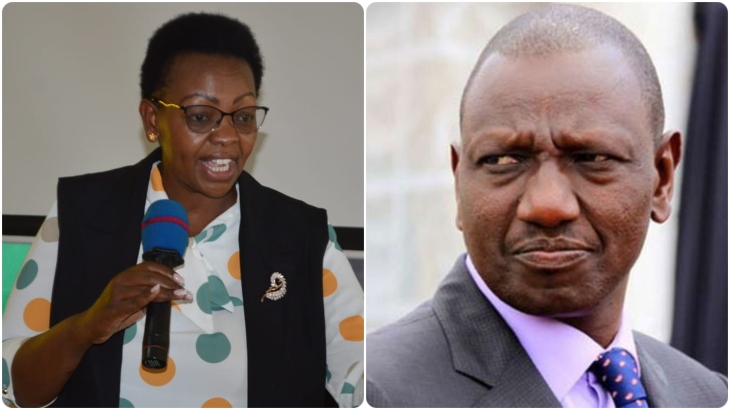 Party Secretary General Veronica Maina on Monday, June 21, said anyone willing to vie for any of the six elective positions must work hard for him/her to be handed a nomination certificate.

The revamped United Democratic Alliance party has said it will not give direct presidential tickets to anyone including Kenya’s Deputy President William Ruto in the 2022 General Election.

Party Secretary-General Veronica Maina on Monday, June 21, said anyone willing to vie for any of the six elective positions must work hard for him/her to be handed a nomination certificate.

“Do not be surprised if you find there are other candidates who have expressed interest to vie for the presidential ticket… so William Ruto will be open to the processes of the party,” Maina said.

In his latest media interview, the Jubilee deputy party leader maintained that he will vie for the top seat whether or not the ruling party Jubilee will hand him a nomination certificate or not.

“Some team, a cabal of sorts, came up with the stop-Ruto movement and tried to humiliate me,” Ruto said in a recent interview on Citizen TV, referring to opponents within the ruling party.

“In the event that Jubilee is not available, the next best option is the United Democratic Alliance (UDA),” he added.

Although Kivumbi.co.ke understands that no other UDA party member has expressed interest in the Presidency, the directive could be mainly targeting aspirants seeking other five elective seats.

Ruto who declared his presidential ambitions is seen to have been possessed with the presidency, a move that has raised mixed reactions with a section of leaders criticizing him that his involvement in politics is holding back the country’s development projects.

The UDA party, formerly the Part of Development and Reform parted ways with Jubilee after the ruling party accused UDA of fielding candidates against it in the March 2021 by-election.