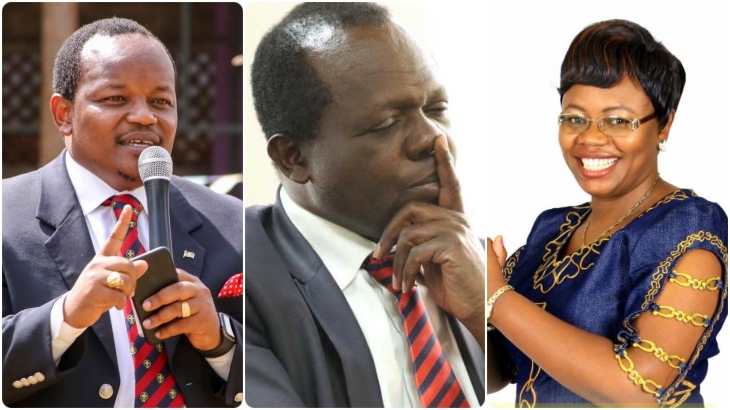 Nyeri Town Member of Parliament Ngunjiri Wambugu has warned that the ruling outfit is on the verge of losing more valuable players if urgent interventions to salvage the ‘collapsing’ Jubilee party are not addressed.

“As things stand I will not be surprised if we lose another one or two more valuable players. We have some heavy lifting ahead to fix our party and not everyone will want to do it,

“For those of us who still believe in Jubilee this is a lesson and a warning. Let us focus on what is important, as we fix this party. Then we will stop the loss of more valuable players,” Ngunjiri posted on his Facebook page.

Wa Muchomba, who is Uhuru’s home county Woman Rep, has been a vocal supporter of President Uhuru Kenyatta and ODM leader Raila Odinga.

She was received by William Ruto at his Karen residence where she was accompanied by Kikuyu MP Kimani Ichung’wa and Githua Wa Machukuru (Kabete) who are key supporters of the DP’s 2022 presidential bid.

Despite its intention to join the ODM party ahead of the next General Election, it is clear that the Jubilee party is in danger of collapsing, although its leaders have insisted that the party is still strong.

She said the planned merger between Jubilee and ODM was killing the once most powerful political parties.

“They have the unfortunate positions of mid-wifing the death of ODM and Jubilee. And they have been very active to that end. Our party (Jubilee) has been very active trying to eject the Deputy President out of Jubilee,” Said Wahome during an interview on Citizen TV.

This was after the party’s embarrassing loss in three most recent by-elections, a move that saw a section of leaders from the ruling outfit call for a total overhaul of the party’s leadership.

Kirinyaga governor Ann Waiguru and her Nakuru counterpart Lee Kinyanjui have since been pushing for total party’s overhaul, a call that seems to have landed on a deaf ear.

“The Jubilee Party carries the dreams and aspirations of many Kenyans. It was built on the strengths of many. The party became what it was because of its diverse and broad support base. The rains have beaten us. Our fortunes are dwindling. Intense introspection is demanded,” said Kirinyaga Governor Waiguru.