List of 7 Judges to hear the BBI appeal case 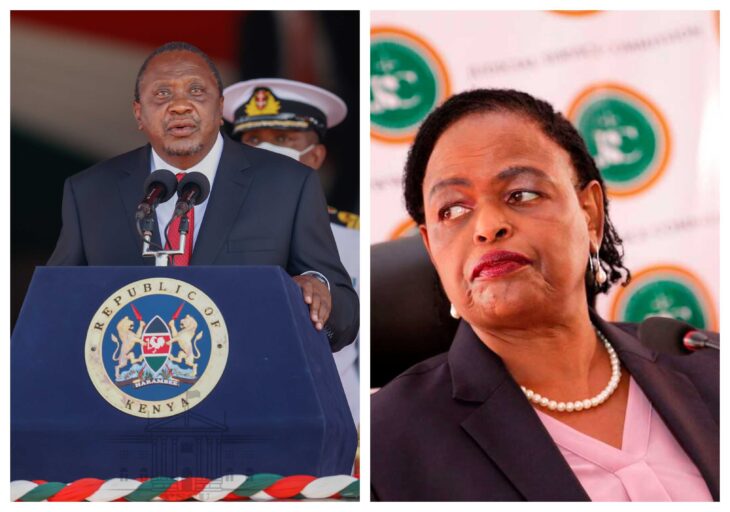 Court of appeal President Daniel Musinga has constituted a 7-member bench to hear the court proceedings set to take place from Tuesday to Friday.

The Building Bridges Initiative (BBI) appeal case is set to be heard from Tuesday, June 29 after the Court of Appeal President Daniel Musinga constituted a 7-member bench to hear the court proceedings set to take place from Tuesday to Friday.

After 4 days of hearing the submissions the parties involved, the bench will retreat to write a judgment on whether to uphold or dismiss the High Court orders made on May 13

If the bench does not uphold the ruling made by Justice Joel Ngungi and four others the BBI will proceed to a referendum.

After the nullification of the BBI report, President Uhuru tabled an appeal through Attorney General Paul Kihara.

The full list of judges set to hear the case include;

During a tour of the Nyanza region ahead of the Madaraka Day celebrations, Uhuru assured residents that the BBI Reggae will be back.

He said that he is counting on powerful lawyers like James Orengo to salvage the Constitution amendment bill.

“BBI is not helping Raila and his family. BBI is not helping Uhuru. It is for bringing justice for every Kenyan. And that is what I am pleading with you, please come out and support it. What is before us we will sort out, I am sure. If we have lawyers like Orengo, can we be defeated really?” he asked the Nyanza residents.

He cautioned his followers against hurling insults at the Judiciary, calling on them to respect the court decision and follow legal procedures.