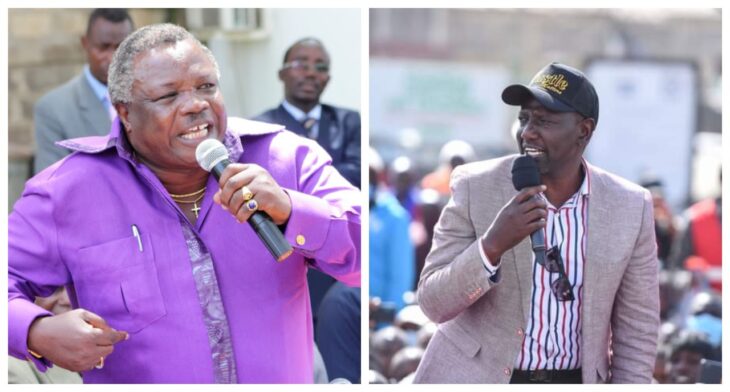 Deputy President William Ruto has laughed off a proposal by a section of politicians to postpone the 2022 General Election.

Deputy President William Ruto has laughed off a proposal by a section of politicians to postpone the 2022 General Election.

According to the constitution, the general election is supposed to be held on the second Tuesday of August in every fifth year after another election. And this day falls on August 9 2022.

However, a section of politicians, especially the crusaders of the BBI bill have warned of a possibility of pushing the election date ahead.

Speaking in an interview on KTN News, Ruto termed plans to postpone the General Election as the impunity that should not be condoned.

“The people who are calling for the postponement of the elections are telling us we must change the constitution whether we like it or not, whether the courts like it or not, and if we don’t they are going to postpne the elections. That is the language of impunity and it has no space in Kenya,” he said.

Ruto expressed trust in the Jubilee government, saying that it will not allow the elections date to be postponed.

“We are a government that believes in the rule of law. I know for sure, this administration will not accept anything unconstitutional or illegal. I am very sure that there will be elections next year,” he assured.

His sentiments come after a hint from COTU boss Francis Atwoli that the General Election will have to be postponed if the BBI report does not make it through the corridors of justice.

“If anything happens and they don’t give us a ruling, we will still move to the supreme court. If we don’t get it then we will appeal through our Parliamentarians to extend the election even by one year,” Atwoli said.

Other than Atwoli, the IEBC has hinted on unpreparedness to conduct the General Election.