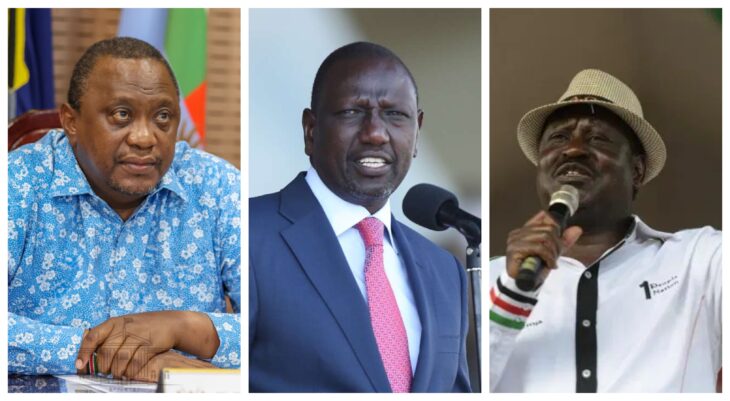 Ruto made it clear that he is not opposed to changing the constitution, if only it is done through a legal process, with Kenyans fully involved in making the changes.

William Ruto has indirectly termed President Uhuru and Raila Odinga’s efforts to push BBI bill as illegal and a bad example to future presidents who might as well amend the constitution to suit their own needs.

Speaking on KTN news, Ruto, who is against the amendment of the constitution through the BBI bill said it is dangerous for one to push for constitutional amendmend because they are in power and can control the system.

Ruto made it clear that he is not opposed to changing the constitution, if only it is done through a legal process, with Kenyans fully involved in making the changes.

“My position on changing the constitution is that there must be a process that is credible, not subject to manipulation,

“As the courts recommended, that involves the participation of Kenyans in a legal manner and in a comprehensive manner so that we arrive at a product that majority of Kenyans can share,” the deputy president went on.

This, he said, might sail through but the example set will put Kenya on a dangerous path where future leaders can do the same to change the constitution to achieve selfish interests.

The former Agriculture minister argued that through the BBI bill, the constitution is being changed only to create positions for tribal leaders while setting a bad example as future presidents could even use the same process to amend the constitution to create a dictatorship.

Part of the BBI bill recommendation is to create more political seats as well as executive positions in what President Uhuru and Raila Odinga said will help bring all tribes into government and reduce cut-throat political competition in each election cycle.

William Ruto however insists focusing on economic improvement is the way to go for Kenya as opposed to changing the current constitution.

If elected President, Ruto said he aims at channeling half of the money that has been allocated for development to investments.

“So that we can produce more, sell more, create room for the Small and Medium enterprises by making sure they have access to credit and with that stimulus, we will be able to enhance productivity, get taxes and be able to sort out our (budget) deficit,” he explained.

Through the Bottom-up economic approach, Ruto aims at investing more in small businesses, which he terms as the solution to Kenya’s economic problems.

He argues that changing the constitution through the BBI bill will not help Kenya, but changing the economic model from trickle down to bottom-up will fix Kenya’s challenges.

As part of his 2022 manifesto, Ruto has traversed the country popularizing the Bottom-up economic approach.

He has met leaders from the Coastal region and Cetral, with whom they have established a bottom-up economic framework.