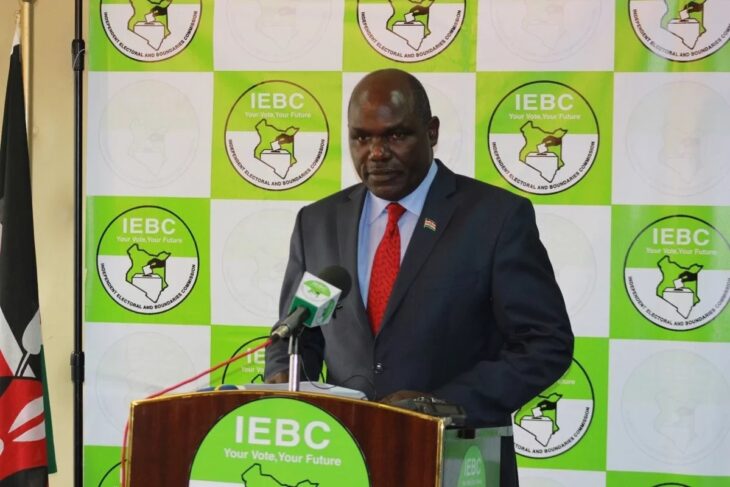 Some of these politicians are using shortcuts to clear their names amid fast approaching 2022 General Election after realizing that having their names cleared through legal process will likely take long hence lock them out of the polls. Photo: IEBC/Facebook.

With less than 13 months to the 2022 elections, politicians in the current leadership positions and those seeking elective positions with damning reports are in a rush to have their names cleared.

Some of these politicians are using shortcuts to clear their names amid the fast approaching 2022 elections after realizing that having their names cleared through legal process will likely take long hence lock them out of the polls.

Despite the IEBC saying all those seeking elective posts in the 2022 elections must hold Degrees, it has been revealed that the politicians are paying hackers to a tune of KSh 2 million to have their dirty reports erased from online platforms.

James Mwangi, a Communication consultant said he has been approached by several politicians seeking to know whether it is possible to have their negative reports deleted from several websites.

“Knowing too well that the best that the best way to have the information disappear is for them to engage the website administrators. I have been referring them to the hosts,

“I know of a politician in Central region who has succeeded to have his profile pulled down on some websites. He spent KSh 3.5 million,” Mwangi said as quoted by the Daily Nation.

This has prompted the Director of Criminal Investigation (DCI) to commenced investigations on Murang’a based politician who allegedly recruited a team of hackers to help him erase some corruption reports about him on several websites.

“We got wind that the male politician has been recruiting people to hack into websites of several media houses, those of bloggers and DCI,

“His intention is to have his profiled corruption cases in court deleted from the websites,” Gatanda DCI boss John Kanda said.

Apart from clearing their damning reports, the leaders are further using hackers to extract their Good Conduct certificates as well as clearance certificates from the Ethics and Anti-Corruption Commission.