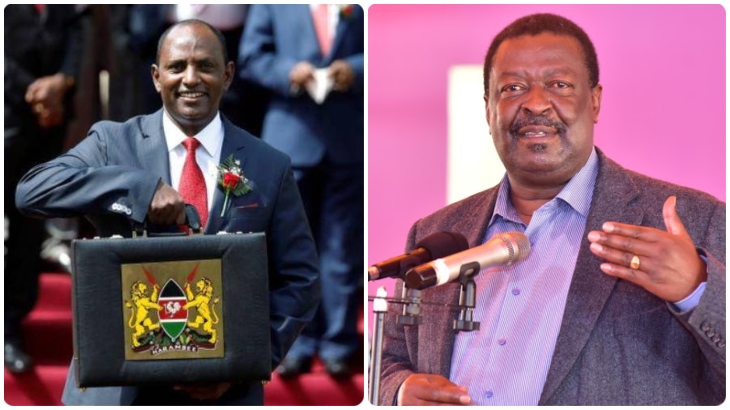 This is after the National Treasury Cabinet Secretary Ukur Yatani presented the new estimates to the Parliament which have been approved by the Budget and Appropriations Committee of the National Assembly chaired by Kieni MP Kanini Kega..

“By virtue of having served as vice president for two months between November and December 2002, Musalia falls within the meaning of the Deputy President and Designated State Officers Act,

“The former VP will now earn a monthly pension of KSh240, 000—calculated at 80 percent of the last earned salary,” the Treasury said.

According to the second supplementary budget which is due for debate at the National Assembly Mudavadi who has expressed his ambitions to succeed retiring president Uhuru Kenyatta will be paid for the two months he served as the vice-president for the late president Daniel Moi.

In the new allocation for the financial year ending June 2022, Mudavadi will be provided with KSh 2 million for basic wages for temporary employees, KSh 20 million for his insurance cover and KSh 16 million for the purchase of new vehicles.

According to the Constitution of Kenya, a retired deputy president is permitted to a monthly pension equal to 80 per cent of the monthly salary of what he got as salary while in office.

Mudavadi who has refused to reunite with Raila again was first elected as Sabatia Member of Parliament from 1989 to 2003 where he lost the seat to Moses Akaranga before he bounced back from 2007 to 2013. 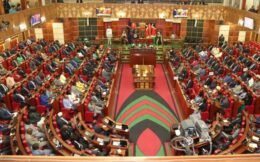 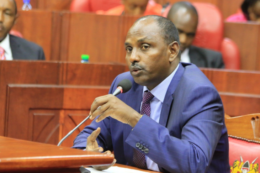