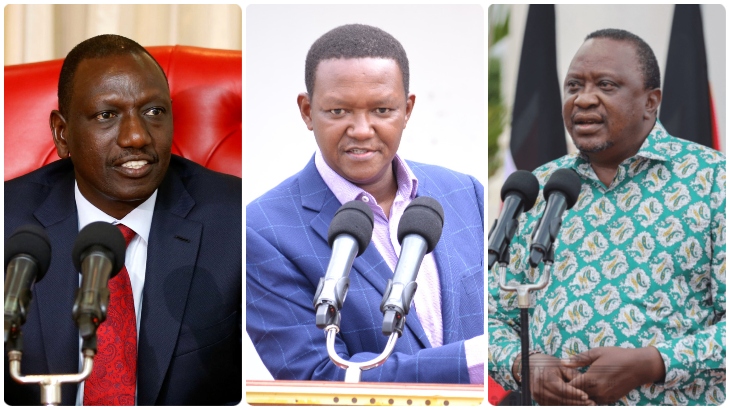 Machakos Governor Alfred Mutua believes President Uhuru Kenyatta would have passed on the button to his Deputy President William Ruto in the 2022 presidential race if only he were humble.

Machakos Governor Alfred Mutua believes President Uhuru Kenyatta would have passed on the button to his Deputy President William Ruto in the 2022 presidential race if only the DP was humble enough.

In an interview with Inoro TV on Wednesday, June 30, the Maendeleo Chap Chap leader said Uhuru dumped Ruto because he was not only competing with him but was clever enough to wait until their terms were over.

“The problem with Uhuru’s deputy (William Ruto) is that he was not humble. Deputies are supposed to be in the background supporting, not competing with their bosses,” Mutua said.

According to Mutua, who has expressed his ambitions to become the fifth President said the late President Daniel Moi easily took over powers from his boss because he was humble to his predecessor.

“That’s how you do a transition if you are working together. If someone is a dictator it is something else,” Mutua added.

The move is a signal that President Uhuru may not support his deputy, especially after he publicly declared that the nation should not be led by two tribes.

However, after sensing that there might be a conspiracy to deprive him of a Jubilee presidential ticket, Ruto revived the Party of Development and Reform (PDR) to the United Democratic Alliance (UDA).

In an interview with Citizen Television, Ruto said he would use the newly rebranded UDA party to seek the presidency if Jubilee turned him down and denied him the opportunity to fly the party’s flag in the next General Election.

“In the event that Jubilee is not available, the next best option is the United Democratic Alliance (UDA),” Ruto said.