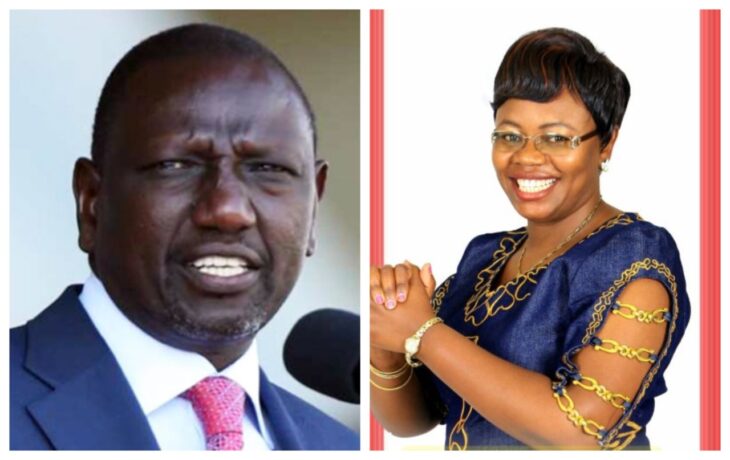 Kandara MP Alice Wahome told Wa Muchomba to prepare for harassment from the DCI, EACC, KRA, among other government institution.

Kiambu Woman Rep Gathgoni Wa Muchomba has received a tough warning as she was welcomed into William Ruto camp.

In the meeting, other members of Ruto camp prepared Gathoni Wa Muchomba for what awaits her after joining the doomed brigade.

Kandara MP Alice Wahome told Wa Muchomba to prepare for harassment from the DCI, EACC, KRA, among other government institutions.

“The politically-instigated cases will come up against you, but stay firm in your political stand,” said the Kandara MP.

Nakuru Senator Susan Kihika, who was also in attendance asked the Department of Criminal Investigation, DCI, to desist from being used by the state to punish leaders just because they are in Ruto camp.

“You cannot be coming up with imaginary cases against those allied to Dr Ruto. The time of mischief is running out,” Susan Kihika said.

In the past, Members of Ruto’s camp have decried facing security threats due to their allegiance to him. They have complained of receiving threatening messages, and their security details being withdrawn by the state.

Other than security concerns, legislators who join Ruto’s camp have also lost their positions in house leadership and committees.

As Gathoni Wa Muchomba is prepared of the worst, it is uncertain if Jubilee party will oust her from her position as the chair of Kenya Women Parliamentary Association (Kewopa).

But from her declaration, Wa Muchomba is prepared for the worst that will come.

After ditching Jubilee, she explained that she was following the requests of the Kiambu people, whose hearts are with DP William Ruto.