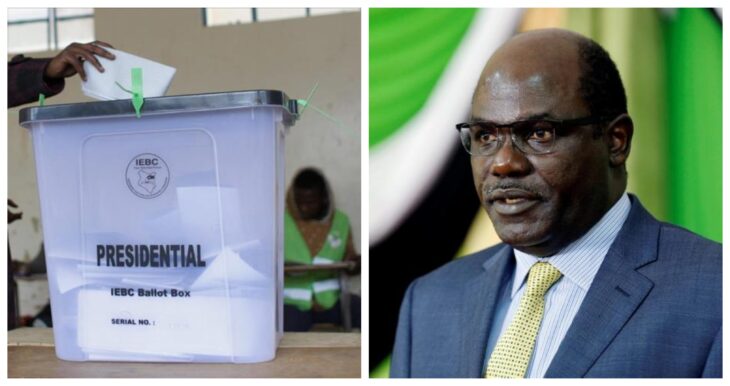 The Independent Electoral and Boundaries Commission (IEBC) chairman Wafula Chebukati has confirmed that the 2022 General Election will be held on August 9 2022.

This is in adherence to the Kenyan constitution, which dictates that a General Election should be held on the second Tuesday in August every fifth year after the previous election.

“All political parties and candidates contesting to establish expenditure committee comprising of persons nominated by the governing council of the political party or by the independent candidate as the case may be,” read part of a statement from IEBC boss Wafula Chebukati.

The parties are expected to submit all information relating to nomination expenses and election campaign expenses of candidates and political parties.

This confirmation by Wafula Chebukati comes amid the much-awaited ruling on whether the BBI report will go into a referendum or not.

After a series of hearings from June 29 to July 2, the court of appeal said that it will give a judgement on the fate of BBI on August 20,2021.

This means that the BBI referendum could easily suffer a blow since the constitution dictates that it should be held a year before the General Election.

Even if the judges give a go ahead for the BBI bill to head into a referendum, it will be too late to do this a year before August 9, 2022.

The confirmation by Wafula Chebukati comes amid calls to postpone the General Election in order to allow time to solve the BBI stalemate and hold a referendum.

Recently, COTU Secretary General Francis Atwoli stated that the pro-BBI team will compel parliament to postpone the 2022 General Election to accommodate the referendum.