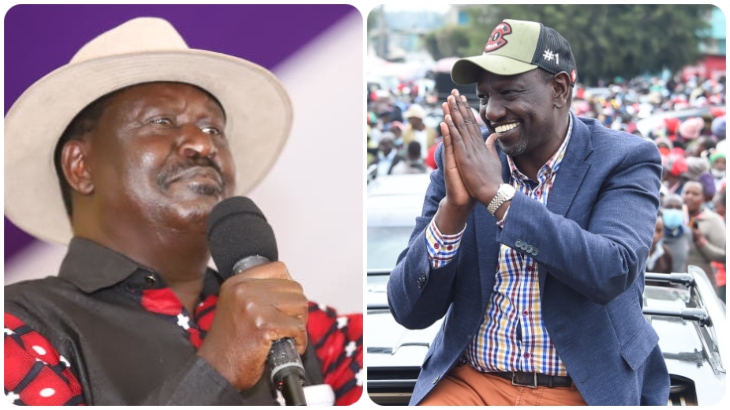 Deputy President William Ruto and ODM leader Raila Odinga are pointing accusing fingers at each other over corruption claims, intensifying their mutual disdain ahead of the 2022 General Election.

While Raila Odinga is accusing Ruto of looting taxpayers’ money and using the cash to bribe voters through church donations and handouts to the youths, Ruto is on the other hand accusing Raila of using his cartels to steal from patients like in the case of Covid-19 billionaires.

Over the weekend, the former Prime Minister declared that he will jail all corrupt people if he is elected the fifth president in next year’s General Election, suggesting that he will vie for the presidency in August 2022.

Though he did not mention names, Odinga charged that some individuals who were busy donating millions of shillings to churches belong to Shimo la Tewa Prison.

Ruto, who recently said Raila is his strongest competitor, revived the 2011 Kazi Kwa Vijana scandal which happened at a time when Odinga was the Prime Minister under the grand coalition government.

The deputy president William Ruto while not mentioning names too, alleged that some individuals have no moral authority to lecture the country on corruption matters since they stole from youths while they were in government

In what appeared to be referring to Raila Odinga, Ruto said the same people run cartels in government but pretend to give lectures on how to fight corruption.

“These people are funny characters. When they were in government, they stole from the youth. Now they are back in government and are using cartels to steal from patients like in the case of Covid-19 billionaires,” Ruto told a church service at Presbyterian Church of East Africa in Umoja, Nairobi.