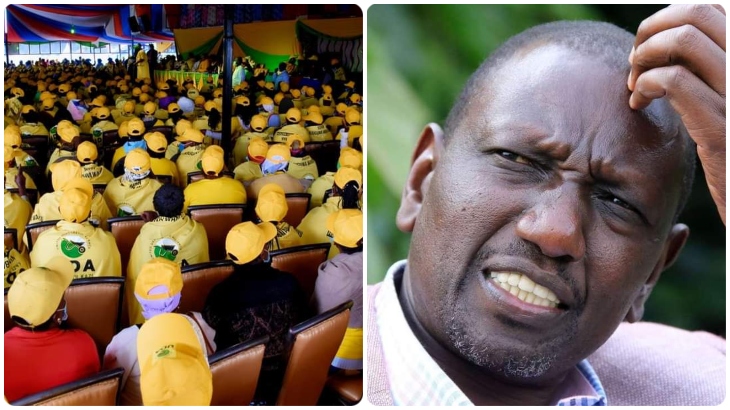 The UDA party has been put on spot after allegations surfaced that the outfit awarded KSh 15 million tender to a Dubai based company to print party’s T-shirts and caps.

The UDA party has been put on the spot after allegations surfaced that the outfit awarded a KSh 15 million tender to a Dubai-based company to print the party’s T-shirts and caps.

Kenyans on social media have criticised the move, saying it is contrary to the promises of a hustler nation narrative which promises to support Small and Medium-Sized Enterprises through the Bottom-up approach system.

“No hustler has been given a tender of printing T-shirts and Caps amounting to KSh 15 million campaigns. Surprisingly, millions of dollars in this work went to the rich while the poor continued to be excluded,” said one social media user, Wahome Thuku.

Mugirango South MP Sylvenus Osoro however said UDA party awarded a Kenyan hustler from Nairobi’s River road the tender to print UDA party campaign materials but he instead contracted another company in Dubai to do the work since the country has a shortage of printing machines.

“A Kenyan hustler from River road was awarded the tender. But due to a shortage of printing machinery caused by high taxes imposed by President Uhuru Kenyatta, he decided to outsource to Dubai firm,” Osoro said.

“Those reports are false. The T-shirts and caps were made and branded in the country,” she said.

In his bid to prepare himself as the best Head of State to succeed retiring President Uhuru Kenyatta, Ruto has promised to embrace a growing economic system from the bottom going upwards.

“In the government that we will form next year, God willing, we will raise up mama mboga, bodaboda rider, and others of that standard. Our economic prosperity will start at the bottom, ” Ruto said last Sunday after attending a church service at Umoja in Nairobi.