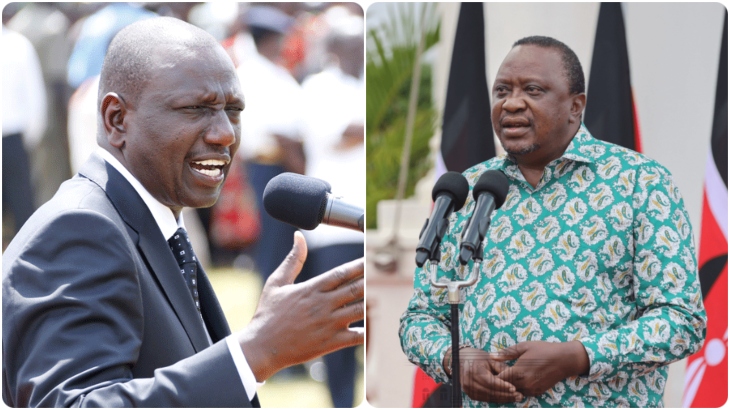 It is just a matter of hours before the Kiambaa by-election candidates know their fate following months of intense campaigns amid Covid-19 containment measures imposed by the government.

The Kiambaa by-election has been billed as the real litmus test for the Jubilee party which needs to prove it is still strong as it goes against the United Democratic Alliance(UDA), a party associated with Deputy President William Ruto.

The Kiambaa by-election candidates are 7 in total, 6 men and one lady but the focus has been on the two main players; Njuguna Wanjiku of UDA and Kariri Njama of the Jubilee party.

Jubilee party has everything to prove in the Kiambaa by-election to be held on July 15, 2021, months after losing to UDA in a ward by-election in Rurii, Nyandarau county.

The party also lost terribly in the Juja by-election where a candidate from the little-known People’s Empowerment Party owned by Gatundu South MP Moses Kuria won by a landslide.

As if that was not enough, Jubilee Party again lost the Bonchari by-election to ODM candidate with the United Democratic Alliance candidate coming in third.

It is thus imperative that the party wins Kiambaa by-election or else the party leader who is President Uhuru Kenyatta will be embarrassed at how low the once very powerful party has sunk.

The other Kiambaa by-election candidates are Evans Gichia of the People’s Party of Kenya, Isaac Karomo of the Federal Party of Kenya, David Mugo who is an independent candidate and Richard Njoroge vying on The New Democrats party.

The only woman among the Kiambaa by-election candidates is Lucy Wanjiku who is also vying as an independent candidate.

Interestingly, Njuguna Wanjiku is making his debut in politics but has caused massive waves in the constituency, forcing top Jubilee party officials to pitch tent in Kiambaa drumming up support for Kariri Njama who is taking a second stab at the contest after losing in 2017.

David Mugo, the independent candidate is Boda Boda business owner and hopes to gain support from small-scale traders as well as Boda Boda operators who ordinarily form a huge voting bloc in most constituencies.

Richard Njoroge on the other hand is a teacher by profession and hopes to use his vast local connection with the constituents as well as teachers to win the seat.

Evans Gochohi is an old hand in politics but has never won having contested for the seat in 2007, 2013 as well as 2017. This is his fourth stab at the seat and hopes to have gained enough acceptance among locals to win the seat this time around.