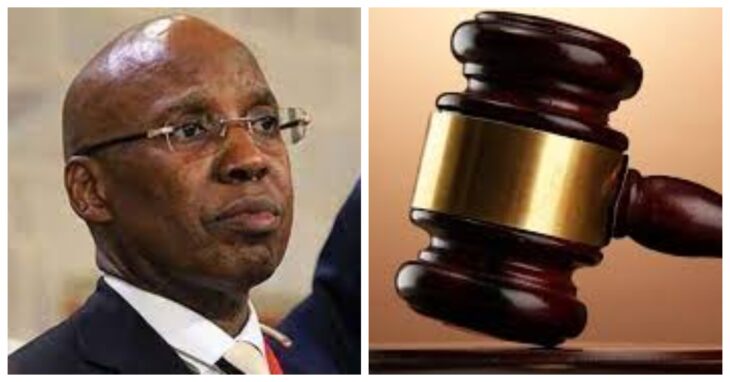 Presidential hopeful and billionaire Jimmy Wanjigi has been sued for allegedly failing to settle KSh 1.3 million after taking clothes on credit.

Wanjigi who recently announced that he will contest for the country’s top seat on an ODM ticket was sued by Fazal-The Luxury Boutique, a high-end clothing company in Nairobi.

On Wednesday, July 14, the court was told that the presidential hopeful carried five pairs of designer trousers and two jackets from Fazal store without paying as they viewed Wanjigi as a valuable longtime client and that he would eventually settle the debt.

However, Jimmy Wanjigi went missing in 2019 and he could neither pick calls nor reply to WhatsApp texts from Ravello, the parent company that owns Fazal.

This prompted the high-end clothing company to seek legal assistance where in January 2021, it moved to Milimani Principal Magistrate court which ordered Wanjigi to pay the debt.

Since then Wanjigi failed to honor the court order on grounds that one pair of trousers could not fit him.

“Fazal claims it is owed KSh 67,500 for a pair of Zegna trousers, and KSh 1.3 million for other five pairs of trousers and two jackets Wanjigi is alleged to have acquired from the Ravello-owned store,” the court heard.

Jimmy Wanjigi is a known billionaire who has for long been winning big contracts with the government. In the 2017 general Election, he emerged as a chief financier of NASA presidential candidate Raila Odinga

In June 2021, former UNCTAD boss and 2022 presidential hopeful Mukhisa Kituyi was booked at Nyali Police station in Mombasa after he allegedly assaulted his lover at a five-star hotel in Mombasa.