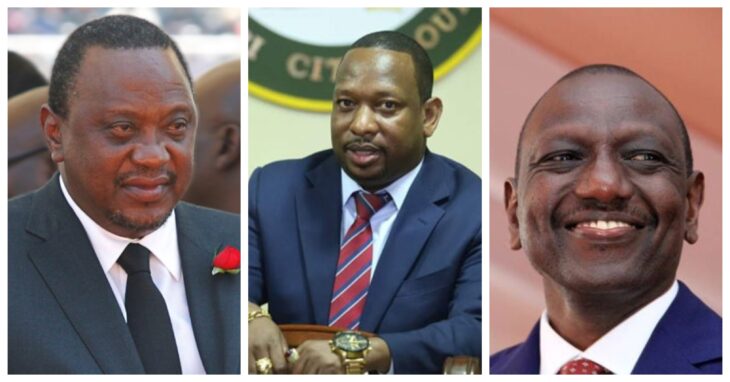 His opinion comes just a day before the mini polls in Kiambaa constituency and muguga ward set to be held on July 15.

Former Nairobi governor Mike Sonko has termed the Kiambaa by-elections as the litmus test of Mt Kenya politics and will determine how the region votes in the upcoming 2022 General Election.

According to the former County boss, the by-election will also be a determinant of how the country shall vote in general come 2022.

“From my little political experience, believe you me this Kiambaa by-election is like a presidential election. The outcome might determine the political trajectory of the Mountain (Mt Kenya),” Mike Sonko Wrote on his verified Twitter account.

His opinion comes just a day before the mini polls in Kiambaa constituency and Muguga ward set to be held on July 15.

Just like the former Nairobi governor, many other political pundits have described the Kiambaa by-election as a litmus test of who between President Uhuru and DP William Ruto can control Mt Kenya politics.

Jubilee’s Kariri Njama and UDA’s John Njuguna, as the main candidates among 7 others, will be having a face-off at the ballot after heated campaigns in the region.

From the events leading to the polls, both parties have invested equal resources and energy, and also clashed on the campaign trails.

Both Ruto and Uhuru had their close allies supervising the campaigns.

On July 11, a fracas ensued in Kiambaa when President Uhuru’s Jubilee and Ruto’s UDA camp met on the campaign trail.

Weeks before the election, UDA brigade accused Jubilee of plans to rig the polls, calling on independent observers to supervise the process.

“I have no doubt that the government now wants to steal that election so we need to have very strong international observers,” said Senator Irungu Kang’ata.

IEBC officials have pitched camp at both Kiambaa and Muguga waiting for dawn.

With less than 24 hours left for voting to begin, blame games and accusations have already started filling the air.