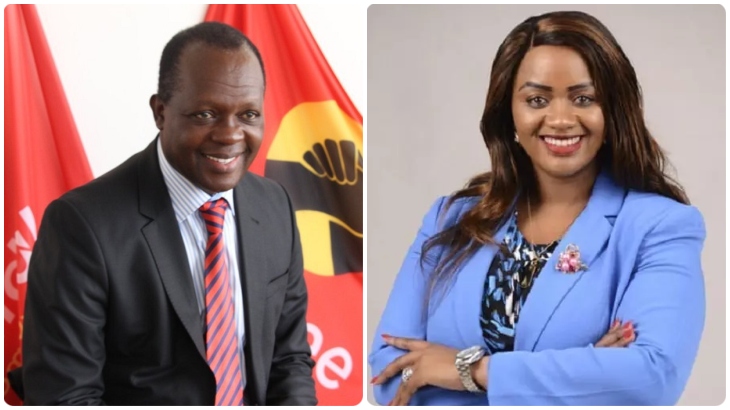 Laikipia Woman Rep Cate Waruguru has hinted at walking out of President Uhuru Kenyatta’s Jubilee party as the season for political realignment gains momentum ahead of the 2022 General Election.

Speaking to KTN News on Wednesday, July 14, in Laikipia County, Waruguru said that the ruling outfit is currently in a bad state hence she has to reconsider her memebrship.

She further said that the Jubilee party has had its own problems which have not been addressed despite pressure from party members on President Uhuru Kenyatta to solve the issues on time.

“There has been a mass exodus in Jubilee Party. Soon and very soon I will be making an announcement on what my decision is,” the outspoken Kate Waruguru said.

The Laikipia Woman rep however declined to reveal where she is headed and instead said she is still engaging the people of Laikipia who are her bosses.

“My bosses are the voters and the people of Laikipia and soon I will be making official communication to my party (Jubilee party),” she said.

Last month, Nyeri Town MP Ngunjiri Wambugu warned that President Uhuru Kenyatta’s party was on the verge of losing more valuable players if urgent measures are not instituted to salvage the collapsing party.

“As things stand I will not be surprised if we lose another one or two more valuable players. We have some heavy lifting ahead to fix our party and not everyone will want to do it,

“For those of us who still believe in Jubilee, this is a lesson and a warning. Let us focus on what is important, as we fix this party. Then we will stop the loss of more valuable players,” Ngunjiri posted on his Facebook page.

Ngunjiri, who is a close friend to the Head of State predicted this shortly after Kiambu Woman Rep Gathoni Wamuchomba announced her exit from the party.