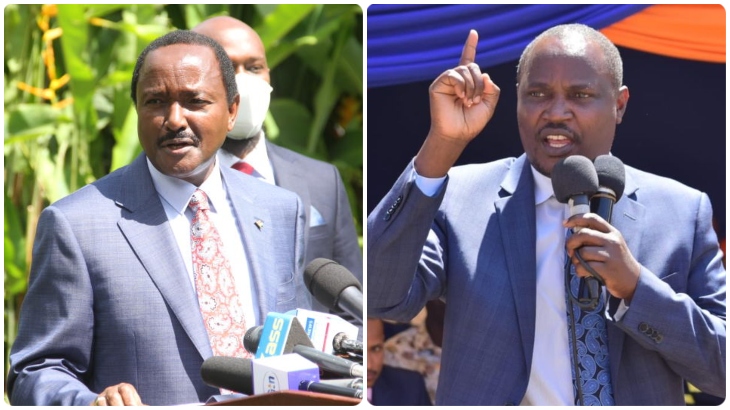 ODM chairman John Mbadi has expressed his dissatisfaction in the manner in which some Ukambani leaders have demeaned Wiper party leader Kalonzo Musyoka to a village headman.

Speaking to the Star Newspaper, Mbadi said he is deeply concerned about the statements from some of Kalonzo allies who believe ODM chief Raila Odinga needs permission to tour Ukambani.

Mbadi said that is akin to reducing Kalonzo into a village headsman whom people need permission from in order to visit.

“They are talking of (Kalonzo) being President of the country and they are reducing him to a village headsman from who visitors need permission to visit his village,

“Where Kalonzo has reached as vice president of this country and our running mate twice, they should not do that kind of damage to his image,” said the ODM chairman.

The Suba South Member of Parliament was speaking in reference to utterances made by Mwingi North MP Paul Nzengu, an ally of Kalonzo Musyoka.

Nzengu had told former Prime Minister Raila Odinga to keep off the Ukambani region unless invited by his party leader, Kalonzo Musyoka.

Nzengu accused Raila of undermining Kalonzo by gatecrashing Uhuru’s tour of the region saying that the ODM leader had not been invited.

The ODM chairman however said the remarks are primitive, retrogressive and had also lowered the former Vice-President political profile away from the national leader that he is.

“Even those of us who have supported him (Kalonzo) as our running mate twice, have a stake in his image. (Kalonzo’s allies) should know that,

“They should stop such kind of primitive talk. They should package him as a national leader, not a village headsman,” Mbadi said.