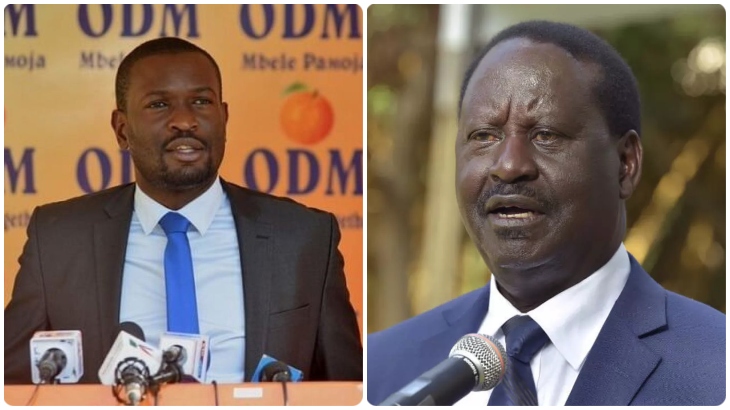 The ODM party has said it will not give direct presidential nomination to anyone including its party leader Raila Odinga in the 2022 General Election.

The ODM party has said it will not give a direct presidential ticket to anyone including its party leader Raila Odinga in the upcoming 2022 General Election.

ODM party Secretary-General Edwin Sifuna on Thursday, July 15, assured all party members aspiring for ODM tickets that it will conduct free and fair party primaries including that of the presidency.

In an interview with Jalas TV, the ODM Secretary General refuted claims that the party had issued certificates to some members terming those allegations as mere rumors.

“Jalas, let me assure you that no candidate has been issued with a certificate including the party leader,

“Even Baba (Raila Odinga) will have to battle it out with other candidates including the renowned businessman Jimmy Wanjigi, for the presidential ticket” Sifuna said.

Sifuna further said that despite dropping the clearest hint that he will vie for the top seat in the 2022 General Election, Raila Odinga has not made an official application to be ODM to be the party’s flag bearer.

“Raila has not said he will run for president in the next General Election … he has not even submitted a request to fly the ODM party presidential flag,” Sifuna added.

This was after Raila Odinga’s allies warned the two deputy party leaders Mombasa Governor Hassan Joho and his Kakamega counterpart Wycliffe Oparanya against competing with the party leader for the ticket.

In renewed efforts to end cases where candidates were being denied certificates despite winning elections, Sifuna said that all winners will be issued with certificates at the grassroots level across the country.

He further warned aspirants from engaging with Party management officials thinking that they will be favored adding that they should start mobilizing for the votes at the grassroots level.