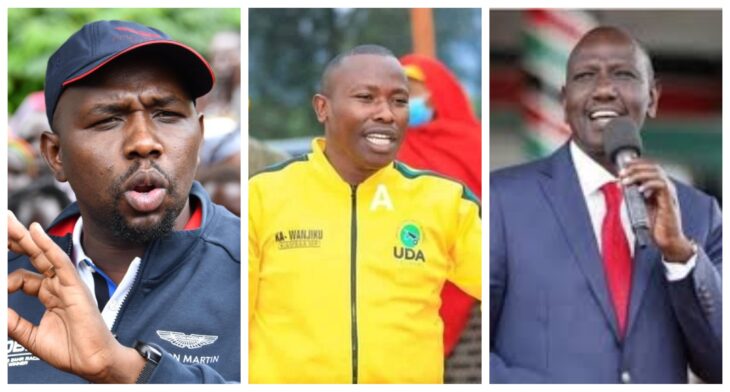 UDA members can not keep calm after the party’s candidate clinched the Kiambaa by-election following a tight and intense contest.

The contest was yet another testament that William Ruto and his allies who subscribe to the hustler narrative have made considerable inroads in Mt Kenya ahead of the 2022 General Election.

Allies of DP William Ruto took to their social media pages to celebrate the Kiambaa by-election win even before IEBC announcing the official winner.

Elgeyo Marakwet Senator Kipchumba Murkomen and his Kericho county counterpart Aaron Cheruiyot mocked the Kariri Njama for decamping from UDA to Jubilee only to go and lose the by-election.

On Thursday, May 15, DP Ruto met his team at the UDA tallying center where they sang songs of victory, congratulating John Njuguna.

A row between Jubilee and United Democratic Alliance (UDA) party agents occasioned a delay in relaying results from three out of the total 154 polling stations in the Kiambaa Constituency in the early morning of Friday July 16 .

The Kiambaa by-election win means a lot for UDA, whose main intention was to disapprove Jubilee party officials.

“We are using the mini poll as our rehearsal ahead of the complete take over of the region in the run-up to 2022,

Here are reactions from other Ruto allies on the Kiambaa by-election;