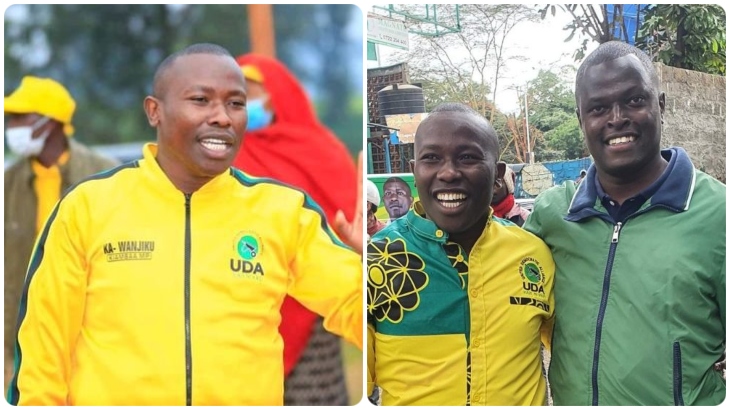 Official results from the electoral body IEBC showed that Wanjiku garnered 21,773 votes while his closest rival, Kariri Njama of Jubilee, came in second with 21,263 votes.

Although there were eight aspirants, the contest had narrowed down to a two-horse race pitying Jubilee’s Kariri Njama and UDA’s John Njuguna.

One hundred and fifty-four (154) polling stations streamed their results, with UDA candidate John Njuguna Wanjiku leading from the onset.

On Friday, July 16, the counting process of the votes was suspended for the better part of the day after Jubilee candidate Kariri Njama and his supporters alleged that the ballots are being rigged in favor of UDA candidate Njuguna Wanjiku.

Yesterday, the voting process at one of the polling centers in Kiambaa was brought to a standstill after rowdy youths stormed the center and ejected the National Assembly leader Amos Kimunya from the location.

The youths who were chanting “Kimunya must go” vowed to paralyze the whole process unless Kimunya gets out, a move that prompted security agents to escort Kimunya ut of the polling center.

This makes the second embarrassing defeat to the Jubilee party by UDA in less than three months.