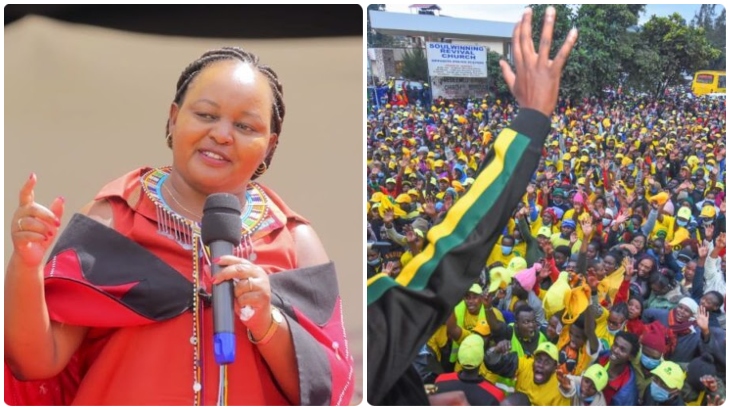 Kirinyaga Governor Ann Waiguru has warned Deputy President William Ruto against celebrating too soon in regard to his quest for the 2022 presidential race.

Kirinyaga Governor Ann Waiguru has warned Deputy President William Ruto against celebrating too soon following his candidate’s win in Kiambaa by-election ahead of the 2022 presidential race.

On Friday, July 16, the Kirinyaga Governor took to social media saying that by-elections in Kenya are never a reflection of what to expect in a General Election.

“In Kenya’s electoral history, by-elections have always been outliers with little or no relationship with the General Election,” she said in a Tweet.

Waiguru further said the Jubilee’s embarrassing loss to rival UDA, a party heavily associated with Ruto should be a wake-up call to the party to make reforms that would revamp the party back to its lost glory ahead of the 2022 General Election.

“Having said that, there are two warnings that could be extracted for both Jubilee and UDA,

“For Jubilee is that its core supporters are unhappy and urgent action is needed to forestall further downward slide,” the County boss said.

Jubilee’s defeat in Kiambaa adds to the scars they suffered after losing the Juja constituency seat earlier this year when a PEP candidate Geofrey Koimburi floored Jubilee’s Susan Njeri Wakapee, the widow to former MP of Juja.

After the defeat in Juja parliamentary seat, a section of Jubilee party members has been calling for a total overhaul of the party’s management to salvage the collapsing Jubilee.

Last week, Jubilee party leader President Uhuru Kenyatta bowed down to pressure and reformed the Jubilee party in preparation for the 2022 General Election.

As part of the move to reform the Jubilee party, the outfit further appointed Wambui Gichuru as Jubilee’s Acting Executive Director while Albert Memusi retained his position as the party’s Communications Director.