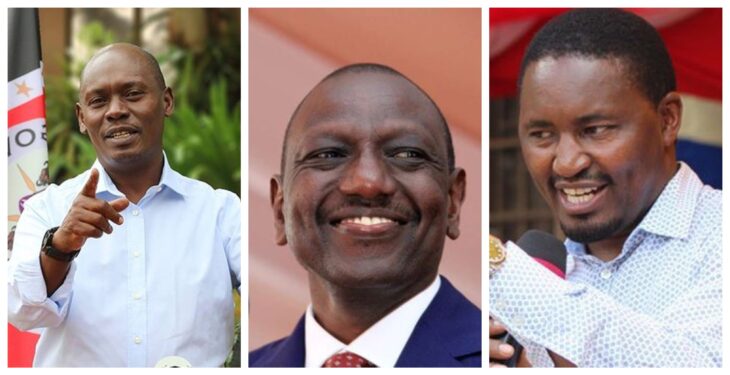 Deputy President William Ruto has consistently proved to be a master political tactician with unmatched campaign prowess that has left his competitors gasping for breath every time he faces them in a political contest.

His paradoxical political genius and mysterious mode of operation, seemingly inherited from his first political mentor, the late president Daniel Arap Moi, have remained indiscernible both to his supporters and critics.

Coupled with the gift of the gab that is often characterised with humour and chilling shreds of barbs and jibes directed at his opponents, the DP has outshined his political nemesis and remained at the top of the game, 13 months to the next General Elections.

When Jubilee Party started to frustrate his political ambitions to the point of literally declaring him a persona non grata at the outfit’s headquarters in Pangani along Thika Road, everyone thought Ruto’s goose was cooked.

His allies were equally kicked out of party leadership positions, and others de-whipped from powerful parliamentary committees “for disrespecting the president and failing to toe the line”.

Like a tactful and daring politician he is, the Sugoi-born “hustler” retreated, assembled his troops around the United Democratic Alliance (UDA), and took a parallel political trajectory to Jubilee Party’s mode of operation.

His choice of UDA to countermand the ruling party was a well-thought-out idea.

Aware that ditching Jubilee for a new political outfit would expose him to a possible impeachment motion, Deputy President William Ruto picked UDA, an affiliate of the Jubilee Party.

He has been using that as a shield to comfortably remain in both parties.

With just about five months since the then little-known party was refurbished and relaunched, UDA has become a force to reckon with courtesy of Ruto’s masterclass political manoeuvres.

He has managed to marshal considerable support from the Mt Kenya region despite facing resistance from President Uhuru Kenyatta’s allies.

Machakos Governor Alfred Mutua, who has announced his 2022 presidential bid, recently concurred that Ruto’s political dominance in Mt Kenya could not be underestimated.

The former government spokesman acknowledged the DP had exceeded Moi’s political genius by managing to divide the vote-rich region, something the late president failed to do.

“Let me just say we have to give William Rut credit because he has managed to do what (late Daniel) Moi failed to do and that was to fracture the Mt Kenya region.

Ruto has directly or indirectly participated in almost all major by-elections in the country and achieved mixed reactions, most of which stabilised his new political outfit and boosted his chances of succeeding Uhuru.

When the Jubilee party refused to field a candidate in the Msambweni by-election in October 2022 and declared unwavering support to ODM candidate Omar Bogo, Ruto and his team were aggrieved by the decision and opted to back little known Faiser Bader, an Independent candidate.

Although Boga was popular in Msambweni, having served as an MCA, ODM youth leader, and a first runner-up in the 2017 parliamentary race, he was spectacularly floored by Bader, a man who was serving as the aide to the late MP, Suleiman Dori.

In March 2021, barely a month after rebranding UDA, Ruto fielded candidates in at least six by-elections, most of which were in his competitors’ strongholds.

While Jubilee and ODM, the two largest political parties in the country, shied away from some contests due to the existing political truce, popularly known as the handshake, Ruto went full throttle to battle it out with his nemeses.

Although he was bruised in Kabuchai and Matungu parliamentary seats, Deputy President Wiliam Ruto new outfit performed relatively well considering it fielded greenhorns who faced off with seasoned politicians vying on popular parties in the region.

In Kabuchai, the winner, Majimbo Kalasinga (FORD Kenya), was a Jubilee candidate in 2017 and emerged third; he had also contested in 2013 and lost. UDA’s Evans Kakai was making his first attempt at the ballot and managed about 6,000 votes.

In Matungu, a predominantly ANC and ODM zone, the winner, Peter Nabulindo, was second in the 2017 General Election, having viewed on a FORD Kenya ticket.

Prior to that, Deputy President William Ruto, through his proxy Moses Kuria’s People Empowerment Party, had won the Gaturi ward seat in Murang’a in December 2020, beating Jubilee again.

Om March 18, the second in command walked into another political showdown with Wiper party leader Kalonzo Musyoka when he fielded a candidate for Machakos senatorial by-election.

His candidate was badly trounced with a margin of over 70 000 votes, but the man from Sugoi, who has refused to court ‘tribal kingpins’ to support his course, dusted himself off and prepared for another contest.

Unbothered with the unsatisfactory performance, Ruto and his team took up another challenge in Juja, Bonchari, and Rurii ward by-elections held on May 18.

In Juja, the Hustler team backed Kuria’s PPK candidate George Koimburi who trounced Jubilee’s Susan Njeri with a margin of over 6000 votes. Njeri was the late MP’s wife, while Koimburi had contested for the parliamentary seat in 2017 and emerged second.

Kisii county is one of ODM’s strongholds in south Nyanza, although in 2017, it deposited a significant number of votes to Jubilee Party’s basket, thanks to the political influence of Interior CS Fred Matiang’i.

For UDA to have put up a spirited fight to the extent of losing by a slight margin of about 1000 votes shows the massive inroads the DP has made in the region.

Although Jubilee sought and got a suitable candidate in Kariri Njama, a seasoned politician who finished second in the 2017 parliamentary race, Ruto’s little known John KaWanjiku pulled a shocker on him.

Wanjiku and Njama were both allies of Ruto, operating under the hustler nation, but the latter was closer. He, however, joined Jubilee camp ahead of the mini poll leaving Wanjiku as Ruto’s only option.

Despite being a new entrant in the contest, the youthful Wanjiku edged out Njama with a slim margin of 510 votes, delivering the first parliamentary seat to UDA.

With only five months old, UDA has defeated the Jubilee party in three by-elections and two others through Moses Kuria’s party, an affiliate of the Hustler Nation.

Political analyst Javas Bigambo argued Ruto’s political strategies are working for him, adding it might be too late for his competitors in the race to State House to catch up with him.

“DP William Ruto is proving himself quite agile and determined to fight off the ferocious onslaught against his presidential bid, by avoiding the traditional path accustomed to by most politicians,

” By avoiding the established regional supremos, he is breeding new political animals to comb the ground at his behest, and these new political operatives may not be coming at a higher price or with big demands. In essence, he is pointing the middle finger at the tribal chiefs,” said Bigambo.