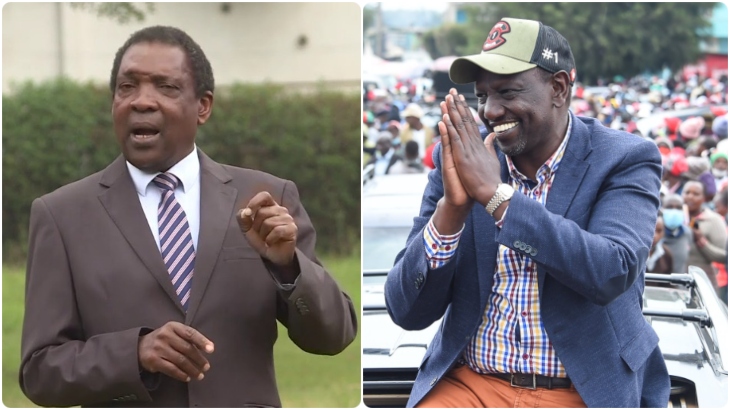 Political analyst Herman Manyora has warned DP William Ruto and his camp against celebrating the Kiambaa win. arguing that the Kikuyu community voting pattern is largely influenced by their fear to remain in the political cold. y is ruled by fear h

The Tanga Tanga camp has been over the moon since UDA candidate John Njuguna Wanjiku floored Jubilee’s Kariri Njama in the July 15 polls.

According to the political analyst, the Kiambaa win does not mean that Ruto has the support of Mt. Kenya people in the 2022 General Election as they will still go back to where they belong.

“When the test comes, the instinct of tribe takes over. When Uhuru Kenyatta will be ready to leave office, the reality will check-in.

“Kikuyu community is ruled by fear, while the rest of Kenyans are ruled by hope. The hope is that if one of their own gets there they will get good things, Kikuyu’s live with the fear of being in the cold.

“That will set in around April (2022) and it will have a lot of impact (on the voting patterns),” Herman Manyora said in an interview with Citizen TV.

The analyst also explained that Ruto needs more than the Mt. Kenya support base to guarantee him a win in the 2022 presidential elections.

More so, solid support from his Rift Valley background.

“Ruto must have a base from where he comes, and for now, unfortunately, his base is Mt. Kenya. If you touch Mt Kenya, you don’t need more than 30% of that base. We should ask ourselves if the GEMA vote is going to be intact in 2022,” the political analyst explained.

Before the by-election held on July 15, Ruto’s camp was confident that the Kiambaa win will mean that their support in Mt. Kenya region is intact ahead of 2022 General Election.

The Kiambaa parliamentary race had been seen as a test to prove the supremacy of UDA and the Jubilee Party in the central region.

They termed the Kiambaa win as the last nail on Jubilee’s coffin.