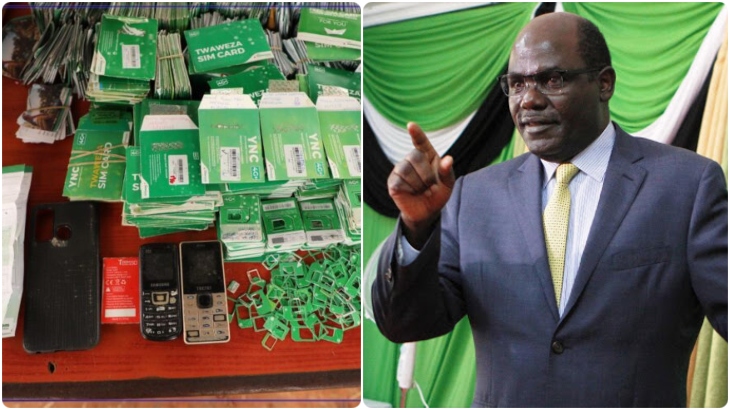 The Independent Electoral and Boundaries Commission (IEBC) has refuted claims that hackers gained access to its voter register.

The Independent Electoral and Boundaries Commission (IEBC) has refuted claims from detectives that hackers gained access to part of Kenya’ss voter register.

Over the weekend, detectives from the Department of Criminal Investigation (DCI) said they had arrested a 21-year-old fraud suspect believed to have hacked into the IEBC voter register.

IEBC chair Wafula Chebukati in a statement said the information by DCI was not true adding that the Bio-Metric Voter Registration (BVR) system has been designed to have its own isolated network, set of servers, as well as user account directory to ensure integrity, confidentiality, and high availability.

“Since the installation and commissioning of the system 8 years ago, the BVR system that hosts the register of voters used during elections has never been hacked because the servers are not connected to the open internet,” Chebukati said in a statement.

Chebukati who recently said that the poll agency is ill-prepared to handle the 2022 General Election said that the Constitution allows the commission to give part of the register of voters – for specific electoral areas at a fee.

“The commission services numerous requests by various entities requiring the register of voters for specific electoral areas. These requests are serviced upon payment of certain fees and in accordance with privacy laws requiring personally identifiable information to be kept confidential,” he said.

DCI on Saturday, July 17, said it had arrested a fraud suspect, 21, believed to have been running a high-tech mobile phone syndicate and even hacked IEBC voter register.

According to DCI, the suspect stole personal information belonging to over 60,000 Kenyans from Western Kenya and used the information to gain access to victims’ SIM cards.

“…the suspects had hacked into the IEBC voter register, and acquired personal details of 61,617registered voters from a county in western Kenya,” said DCI in a social media update to Kenyans.