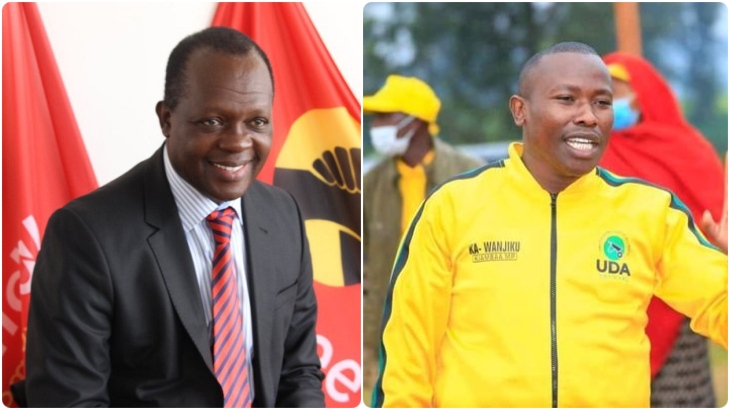 In a statement issued on Monday, July 19, the ruling party Jubilee expressed dissatisfaction in the manner in which the IEBC conducted vote tallying and demanded a recount.

“We wish to categorically state that we are dissatisfied with how the IEBC managed the by-election, particularly the tallying process. We demand a recount of the vote and will in the coming days pursue this,” reads the statement in part.

The development comes following claims by a section of Jubilee politicians that the party’s leadership needs to be changed following successive by-election embarrassment.

The party’s Vice Chairman David Murathe as well Secretary General Raphael Tuju has particularly been the subject of these talks to overhaul the party’s leadership.

The by-election was held on Thursday, July 15, following the demise of MP Paul Koinange who succumbed to Covid-19 related complications on March 31.

Just hours after the announcement of Njuguna as the MP-elect, Jubilee candidate Kariri Njama vowed to challenge his win in a court of law.

Speaking to supporters in Gachie on Friday, July 16, Njama who was accompanied by a section of Jubilee lawmakers said he will contest the outcome in court.

“We have refused the announcement of John Njuguna as the MP-elect for Kiambaa Constituency and our lawyer has started the process of suspending his swearing-in,

“We have all the evidence that the election was marred by irregularities and I will never get tired of fighting for your rights,” Kariri Njama said.

“We think we gave it our best shot and I think we actually won that is the message that you are getting from this group,” said Murathe.

On its part, the IEBC denied allegations that the by-election was rigged.