Odinga said that his party is full of old people, and is now committed to supporting younger talents.

Raila Odinga’s ODM party is on a mission to attract youth in its nationwide party membership drive so as to increase its chances in the 2022 General Elections.

Speaking during his tour of the Coastal Counties on Monday, July 19, Odinga said that his party is full of old people, and is now committed to supporting younger members.

“We have old members of our party. What we are doing is allowing an opportunity for the younger people to also join the party, (in our membership drive) so that they can meaningfully participate in the planning and management of the party as we head into the polls,

“This registration is a process of inclusion to bring new blood into the party so that they can join and work together with the older members to make the party stronger,” the former Prime Minister said.

Raila Odinga’s ODM party might have learned a political lesson from Jubilee, whose failure is being blamed on the lack of fresh energy and ideas from young people.

Also, ODM’s focus on the youths could also be a strategy to counter DP William Ruto’s Hustler Movement which has gained the admiration of the youth.

Being a youthful celebrity, Jalang’o’s entry into ODM is in line with their new strategy to attract new talents.

Raila Odinga’s party has continued with its focus on youthful politicians, luring them with life membership.

This strategy is part of ODM’s drive to register as many new members as possible.

Because of this, the political outfit announced a waiver on party membership egistration fees starting July 1 this year.

Its Secretary-general Edwin Sifuna called on the party supporters to use the three-month free registration window to sign up in order to stand a chance to participate in the grassroots elections and nominations. 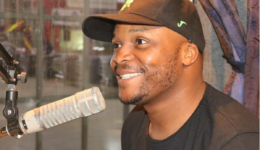