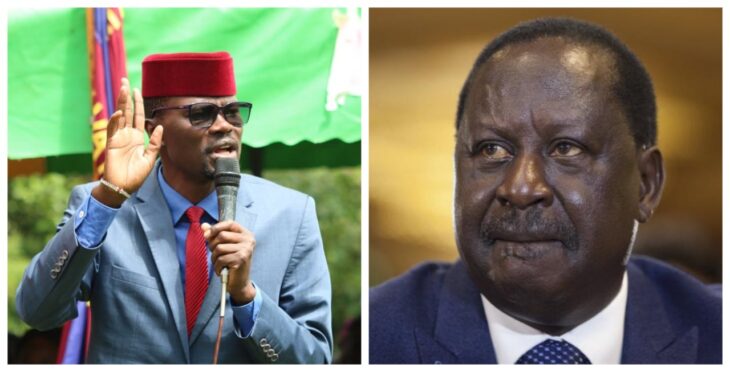 The economic recovery model was an idea of DP Ruto, and now Raila Odinga is taking it up as part of his manifesto.

According to the vocal legislator, the economic recovery model was an idea of DP Ruto, and now Raila Odinga is taking it up as part of his campaign message.

“Raila Odinga has become a person who copies the Deputy President. When he saw that Ruto’s idea has been accepted by Kenyans, he copied it,” said Didmus Barasa.

He described Raila as a slow thinker, who opposes something and only supports it when it gains momentum.

While DP Ruto’s camp was sensitizing citizens on the importance of economic empowerment, Didmus Barasa says Raila was busy with advocating for BBI.

“Raila Odinga and his team seem not capable to think to their own, they wait until something gathers momentum before they come and say this is the way to go,” Barasa said.

Recently, Raila Odinga issued a blueprint on how to rebuild the economy by focusing on models which seeks to increase tax base as well promote manufacturing of good locally.

In his blueprint, Raila not only proposed a focus on industrialization but empowerment of rural economies.

“Transforming Kenya from a poor to a prosperous country will require a very deliberate focus on turning around the fortunes of rural Kenya,” read part of Raila’s statement.

Because of this, members of DP Ruto’s camp have accused him of copying the deputy president’s campaign message due to his sudden focus on the low-level income earners.

Deputy President William Ruto himself has previously extended an olive branch to ODM leader Raila Odinga, welcoming him to the hustler nation albeit sarcastically following the ODM leader’s consistent focus on the economy.