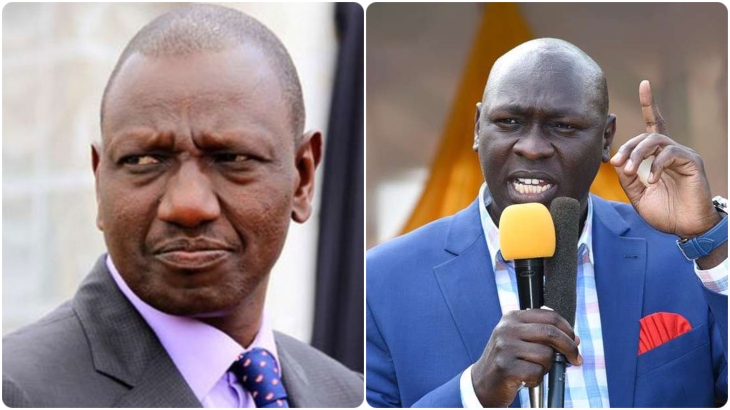 Additionally, Kutuny confirmed that he is just in Jubilee Party to suit his current interests, and this may soon change.

Speaking during a funeral in his constituency on July 20, Kutuny said that he will follow the wave of his community, even if it means changing his political stand.

“Elders told me never turn your back on the community, I will not betray my community, do not worry about my current political position. I am here temporarily,” the Jubilee deputy decretary denera told mourners.

Additionally, Kutuny confirmed that he is just in Jubilee Party to suit his current interests, and this may soon change.

“I am just in the field hunting. I am in agreement with the decisions of the community,” he said.

“Do not loiter too much until time catches up with you…Just know, it is the wheelbarrow that we will use,” the governor told him.

It will not be surprising if the Jubilee deputy secretary genera join DP Ruto’s camp considering the Rift Valle region is largely William Ruto’s political bastion.

This is a period of political migrations, and DP Ruto himself confirmed that many leaders are in Jubilee for survival, and are waiting for the opportune moment to join his UDA camp.

While declaring her support for Ruto’s Presidency, Waruguru said that she has assessed the situation in her jurisdiction, and many Kenyans are on Ruto’s side.

She also stated that her decision was influenced by her electorates.