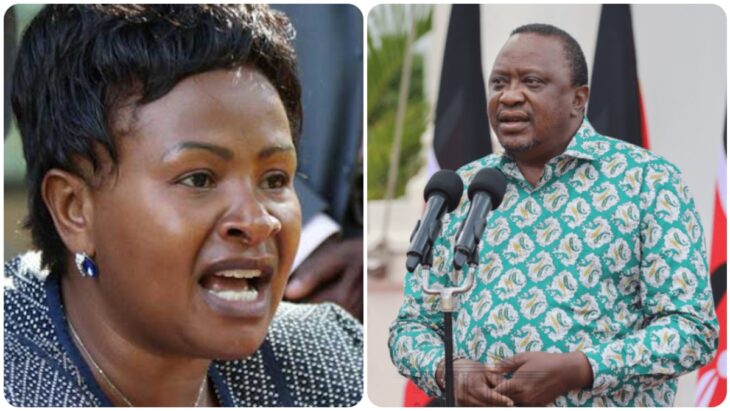 Former Kathiani MP Wavinya Ndeti has warned the Mt Kenya region to bet wisely ahead of the 2022 General Election saying that it would take the vote-rich region more than 100 years to reclaim the presidency.

Former Kathiani MP Wavinya Ndeti has warned the Mt Kenya region to bet wisely ahead of the 2022 General Election saying that it would take the vote-rich region more than 100 years to reclaim the presidency.

Speaking on Sunday, July 25, in Machakos County, the Transport, Infrastructure, Housing, and Urban Development CAS urged the GEMA region to unite and speak in one voice.

“You have had the presidential seat for many years. You even have the seat now but you are not respecting it. What do you want? If you keep joking you will stay out of government for 100 years,” she warned.

The region which has over the years voted as a block has also been divided between Mt Kenya East (Meru, Embu, Mbeere) and Mt Kenya West (Kikuyu).

This is despite calls by GEMA elders emphasizing the need for unity among Mt Kenya leaders ahead of the highly anticipated 2022 General Election where the region’s numerical advantage is always crucial.

Wavinya, a staunch supporter of Wiper leader Kalonzo Musyoka urged the region to stick together ahead of 2022 saying it is the only option that will ensure Ruto does not take the mantle from President Uhuru Kenyatta.

According to her, if the Mt Kenya region continued with the downward spiral, they may never clinch the Presidency anytime soon.

Kivumbi.co.ke understands that the rift in the Mt Kenya region has opened up roads for other presidential candidates to pitch tents in the region as they scramble for a share of the votes.

Deputy President William Ruto, ODM leader Raila Odinga, Musalia Mudavadi of ANC, and Mukhisa Kituyi are some of the presidential hopefuls who have been frequenting the region as they seek to get a slice of the votes.